FOXBORO, Mass. — The New England Patriots didn’t wait until the final round to select a quarterback in the 2019 NFL Draft.

Late in the fourth round Saturday, the Patriots used the 133rd overall selection to pick Auburn’s Jarrett Stidham, who will learn behind Tom Brady as the soon-to-be 42-year-old quarterback enters his 20th NFL season.

Stidham, who began his college career at Baylor, was a two-year starter at Auburn. After an impressive junior season (66.5 percent completion percentage, 18 touchdowns, six interceptions) that earned him second-team All-SEC honors, he regressed as a senior, hurting his draft stock.

In 13 games last season, Stidham completed 60.7 percent of his passes for 2,794 yards and 18 touchdowns with five interceptions.

Despite his less-than-stellar senior season stats, Stidham is viewed as an accurate, intelligent passer with upside. He won’t be ready to contribute immediately, but in New England, he won’t be asked to.

Stidham also finished his college career on a positive note, completing 15 of 21 passes (71.4 percent) for five touchdowns with no interceptions in a 63-14 win over Purdue in the Music City Bowl. He then earned Quarterback of the Week honors at the 2019 Senior Bowl.

With the 133rd pick of the #NFLDraft, the #Patriots select QB Jarrett Stidham. @Jarrett_Stidham | #PatsDraft pic.twitter.com/uT7N5vlX6h

Stidham, the seventh player selected by the Patriots in this year’s draft, will compete with veteran Brian Hoyer and 2018 seventh-round pick Danny Etling for the top backup spot behind Brady.

After drafting Stidham, the Patriots traded the 134th overall pick and one of their four seventh-round selections (No. 243) to the Los Angeles Rams for two fifth-rounders (Nos. 162 and 167). 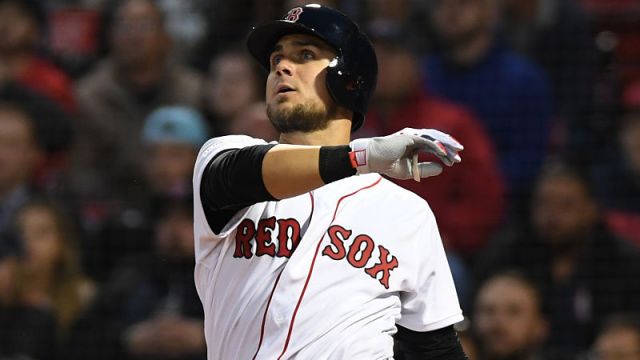 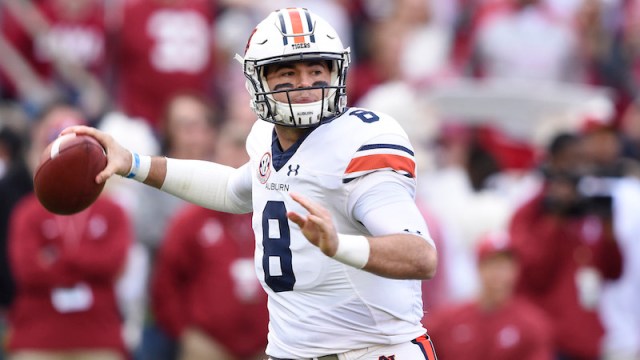