Picking An Offensive Lineman For Patriots In Each Round Of 2019 NFL Draft - NESN.com Skip to content

Everyone loves it when their quarterback can throw from a clean pocket, but many find it boring when their favorite team selects an offensive lineman high in the NFL draft.

It’s understandable. Drafting offensive linemen isn’t as “sexy” as taking a wide receiver, tight end or pass rusher. But they’re just as necessary, and the Patriots have future or immediate needs at guard and offensive tackle.

Patriots starting left guard Joe Thuney is a free agent after the season, and the Patriots are unlikely to get him to sign an extension before he hits the open market. And the Patriots currently have no dependable backup offensive tackles behind a starting left tackle with no NFL experience (Isaiah Wynn) and a 31-year-old right tackle (Marcus Cannon).

So, just don’t be surprised if the Patriots take an offensive lineman or two high in the 2019 NFL Draft.

Leading up to the draft, which runs from April 25-27, we’ll go position by position and draft a player who fits the Patriots in each round. We tackled quarterbacks Monday, running backs Tuesday, wide receivers Wednesday and tight ends Thursday. Now let’s focus on the offensive line.

McGary played right tackle at Washington, but his athleticism might convince a team to try him out on the blindside. He has prototypical size and athleticism for an offensive tackle at 6-foot-7, 320 pounds with a 5.05-second 40-yard dash and 7.66-second three-cone drill.

Lindstrom primarily played right guard at BC, though he did spend some time at right tackle. He has amazing athleticism at 6-foot-4, 308 pounds. He ran a 4.91-second 40-yard dash with a 7.61-second three-cone drill.

Howard is a former high school quarterback who went to Alabama State as a tight end. He finished his college career as a left tackle. There’s some untapped potential here thanks to Howard’s athleticism and inexperience.

Jenkins played left and right tackle left guard and center during his career with Mississippi State. He finished his career at center, but given his size — 6-foot-4, 310 pounds — he likely could play guard in the NFL.

This is our ideal pick for the Patriots at offensive tackle. He’s projected on some sites as a fourth-round pick, but we might take him in the third round just to be safe. He started every game of his college career at either right or left tackle. He has NFL size at 6-foot-6, 327 pounds and ran a 7.77-second three-cone and 4.69-second short shuttle.

McGovern split his time with the Nittany Lions at right guard and center. He’s 6-foot-5, 308 pounds and ran a 7.66-second three-cone drill.

Edwards played right tackle with the Badgers. He struggled a bit in 2018 while playing through a shoulder injury. NFL teams will be hoping he can show off the potential he flashed in 2017.

Benzschawel is an oversized guard at 6-foot-6, 309 pounds. He was a high school tight end, and that shows in his athleticism. He ran a 7.48-second three-cone drill.

Forbes also wasn’t invited to the NFL Scouting Combine, so he’s been a late riser in the draft rankings. He ran a 4.96-second 40-yard dash at his pro day.

Pipkins is a developmental prospect given his Division II pedigree. He could be a nice project for Patriots offensive line coach Dante Scarnecchia.

Jones, like Thuney, played left tackle at North Carolina State but projects to guard in the NFL.

Roemer was suspended for the Aztecs’ final two games of the 2018 season after breaking team rules. He’s worth the risk as a seventh-round pick despite the off-field issues. Roemer is boom or bust, and that’s a worthwhile investment late in the draft.

Reynolds is another guy who wasn’t invited to the combine but tore up his pro day. His 7.29-second three-cone time and 35.5-inch vertical leap wouldn’t be bad for a tight end, let alone a 6-foot-3, 304-pound guard. Bill Belichick has an infatuation with Iowa offensive linemen. 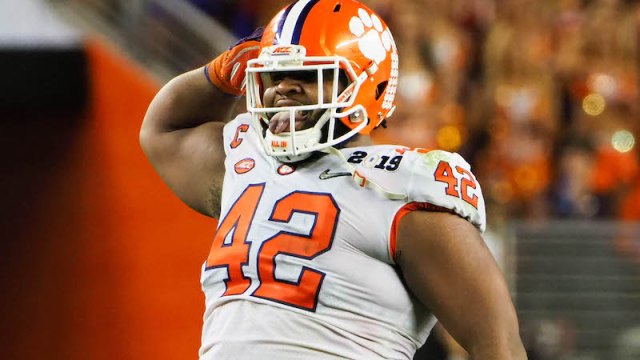 Patriots Mailbag: What Are New England’s Trade Options In Draft? 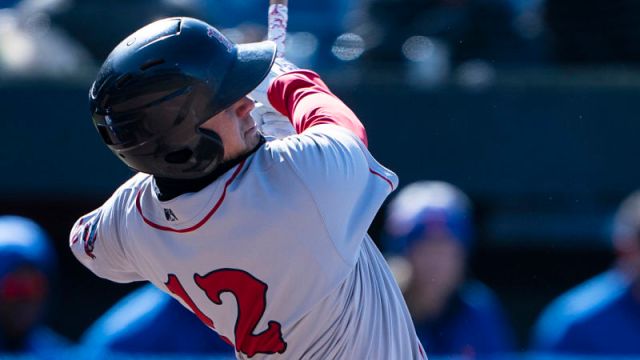