The Boston Red Sox’s infielder originally was placed on the injured list in early April with a scratched cornea, which he attributed to being poked in the eye by his son, Griff. He began rehabbing the injury Triple-A Pawtucket on Friday, going 1-for-3 in his first outing with the PawSox.

But Holt’s rehab assignment has been cut short after being scratched from a rehab game on Sunday due to right shoulder inflammation. He did not play in the PawSox’s game against the Buffalo Bisons on Monday, opting to fly back to Boston instead.

The 30-year-old is scheduled to be examined by a doctor in Boston on Tuesday.

Manager Alex Cora said Holt was “fine” prior to the rehab assignment, but noticed “a different feeling” in his shoulder while playing catch ahead of Sunday’s game.

For now, it’s unclear just how long Holt could remain on the sidelines. 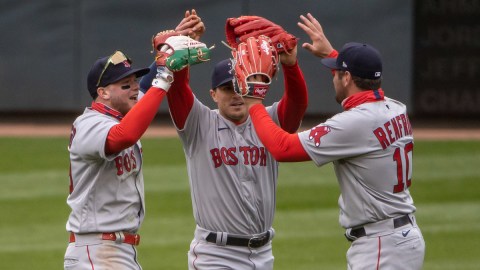