The Boston Red Sox have a chance to win — gasp — their third in a row Saturday afternoon when they face the Baltimore Orioles at Fenway Park.

The Red Sox have won two straight following Friday night’s 6-4 win over their American League East rivals. Alex Cora will send struggling right-hander Rick Porcello to the mound as his club eyes its first three-game winning streak of the season. The Orioles will counter with right-hander Andrew Cashner.

As for the lineups, Dustin Pedroia will start at second and bat eighth, while Steve Pearce will start at first and bat sixth. J.D. Martinez will start in right field while Mookie Betts will play center with Jackie Bradley Jr. getting the day off. Christian Vazquez will handle catching duties for Porcello.

Chris Davis and his “record-breaking” 0-for-54 streak will bat sixth for Baltimore.

Here are the complete lineups for Saturday’s Red Sox vs. Orioles game. 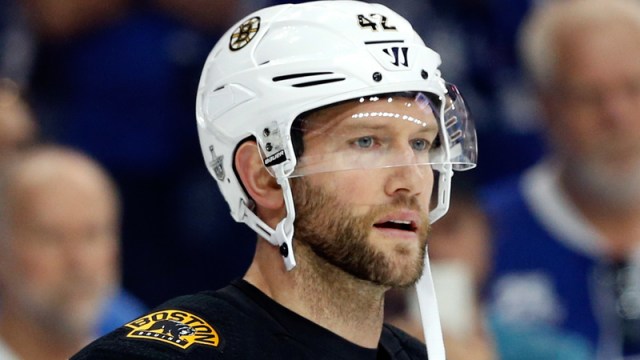 Bruins Vs. Maple Leafs: David Backes Back In Lineup For Pivotal Game 2