When a starting pitcher performs as well as David Price did on Sunday, the Boston Red Sox will live with a mostly quiet offense.

The left-hander twirled seven shutout innings while allowing just three hits in Boston’s 4-0 win over the Baltimore Orioles at Fenway Park. Price struck out seven batters while walking none in what was the finest start of the year by a Red Sox starter.

Xander Bogaerts accounted for all of Boston’s offense, logging an RBI sacrifice fly in the fourth inning and cranking a three-run homer in the eighth. Boston’s bats finished with just seven hits on the afternoon

Left fielder Andrew Benintendi went down in pain in the third inning after fouling a ball off his foot. He eventually got to his feet and hit a double (casual) but was lifted for Blake Swihart in the top of the fourth.

GAME IN A WORD
Needed.

The Red Sox needed a performance like this from one of their starters, and Price delivered.

ON THE BUMP
— Price was in top form Sunday, especially in the game’s most crucial moments.

The lefty worked around leadoff doubles in both the sixth and seventh innings, and also held the Orioles scoreless in the fourth when Joey Rickard opened the frame by reaching second base on a throwing error by Rafael Devers.

Price had command of all of his pitches and was able to record strikeouts when he needed them the most.

— Ryan Brasier pitched a scoreless eighth despite putting runners on first and third with two outs.

— Matt Barnes stranded runners at second and third in the ninth but struck out Chris Davis to end the game.

IN THE BATTER’S BOX
— Until the eighth inning rolled around, there wasn’t much to write about.

— Bogaerts finished 2-for-3 with four RBIs. The home run was his second of the season.

TWEET OF THE DAY
Yeah, Tiger Woods is pretty important to the game of golf.

UP NEXT
Weather permitting, the Red Sox and Orioles will conclude their four-game set Monday at 11:05 a.m. ET. Hector Velazquez is expected to get the ball for Boston and will be opposed by Dan Straily. 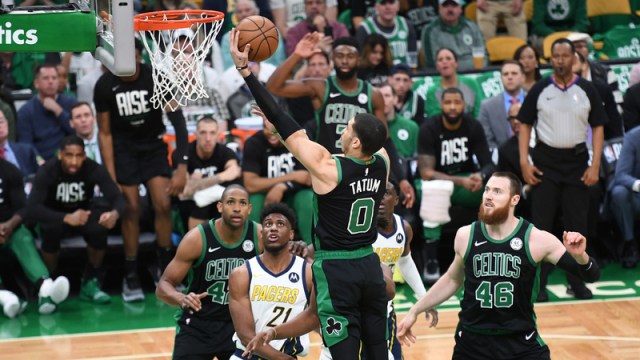 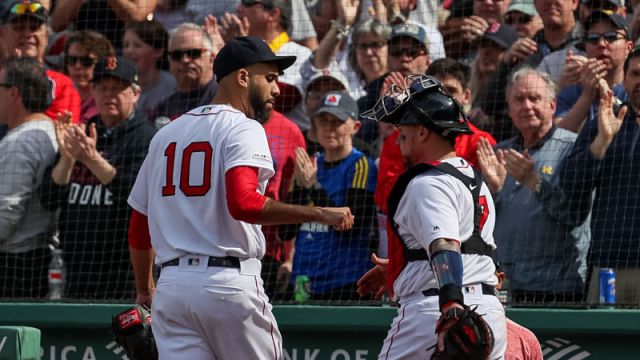