What To Expect From Patriots' New Crop Of Undrafted Free Agents - NESN.com Skip to content

An undrafted rookie has made the New England Patriots’ Week 1 roster in each of the last 15 NFL seasons. Will one of these players continue that streak this summer?

Since they’re often overlooked amid the hoopla of NFL draft weekend, we’re taking a closer look at each of the Patriots’ 10 UDFAs this week. We covered five (wide receivers Jakobi Meyers, Ryan Davis and Xavier Ubosi, tight end Andrew Beck and running back Nick Brossette) on Monday. The remaining five are below.

(Note: Asterisks indicate pro day numbers. All other testing results are from the NFL Scouting Combine.)

Hall didn’t begin playing football until his junior year of high school, but he developed into a two-year starter and team captain at Mizzou, totaling 159 tackles, 21 1/2 tackles for loss, six sacks, five pass breakups and one interception in 2017 and 2018. Scouting reports laud his aggressiveness and leadership but question his instincts and discipline, which often resulted in him winding up out of position.

Hall will be the smallest linebacker on the Patriots’ roster, and his 4.90-second 40 is concerning, as it would have been the second-slowest for his position at this year’s combine (though observers said he appeared to tweak something mid-run). His vertical jump, however, would have been tied for second-best. Only 10th overall pick Devin Bush jumped higher.

The Patriots reportedly brought Hall in for an official visit before the draft.

Gant joined the Marshall program as a walk-on and left it as the Thundering Herd’s 2018 team MVP.

Playing both deep safety and in the box, he established a reputation as a tackling machine, racking up 195 over his final two seasons to go along with 15 1/2 tackles for loss, two interceptions and 14 pass breakups. His run-stop percentage on Pro Football Focus was the highest of any draft-eligible safety.

Coverage-wise, Gant isn’t as polished, and he had a rough showing at the combine. His three-cone time was the worst among safeties by a considerable margin, and his 40, shuttle and vert all ranked in the bottom third. Still, he’s an intriguing player who could provide value on special teams even if he can’t carve out a role as an NFL defensive back.

The Patriots appear to have gotten good value on Gant, too. The Athletic’s Dan Brugler projected him as a fourth-round pick, and NFL Media’s Lance Zierlein pegged him as a fifth- or sixth-rounder. Longtime NFL exec Gil Brandt also ranked Gant as the best UDFA safety available.

St. Louis started 21 consecutive games at right tackle as a sophomore and junior before switching to the left side and starting all 13 games there in 2018. He played some at left guard in the East-West Shrine Game, as well, and some scouts believe his future is as an interior O-lineman.

Gauthier, St. Louis’ college teammate, was a two-year starter at center for the Hurricanes. He was ruled academically ineligible for Miami’s bowl game this past December and injured his hamstring while running the 40 at his pro day last month.

Gauthier also is the owner of a supremely impressive mullet (or at least was last fall):

Anderson started for three years at left tackle for Rice, graduated with a degree in mathematical economics, then started all 12 games at left tackle for Texas as a grad transfer in 2018. He’s a great athlete — his three-cone and shuttle times would have been the best and second-best among O-linemen at the combine, respectively — who projects as a guard at the NFL level. Brandt ranked him as the third-best undrafted interior offensive lineman.

The 23-year-old has smarts, too, as one would expect from a Rice graduate. He can solve a Rubik’s Cube behind his back. 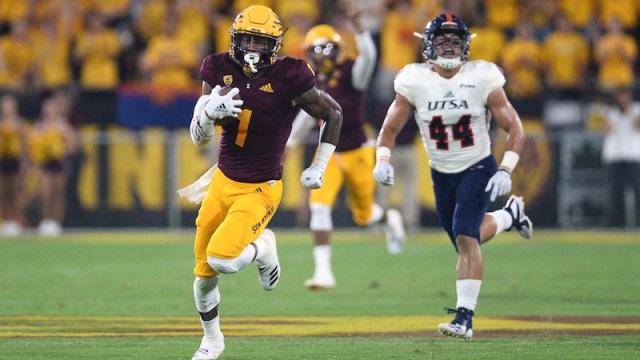 N’Keal Harry Film Review: What Patriots Are Getting In Rookie Receiver 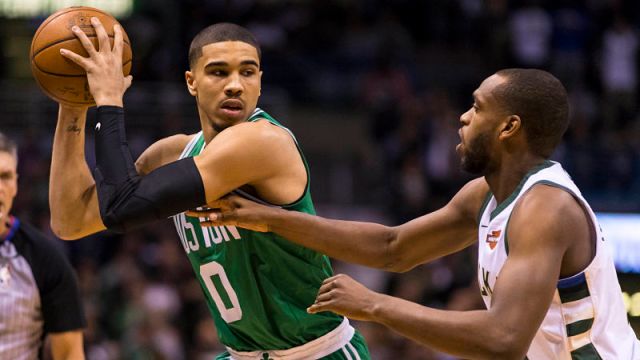