Why ESPN Believes Patriots Are Most Likely To Trade Up At NFL Draft - NESN.com Skip to content

Bill Belichick has never been shy about pulling the trigger on a trade at the NFL Draft, swapping his first-round selections to stockpile picks in later rounds.

In fact, many were shocked when the New England Patriots head coach decided to use both of his first-round picks in last year’s draft rather than trade down.

But ESPN’s Dan Graziano believes that the Patriots are the most likely team to trade up at this year’s draft on April 25, as the team holds six picks over the first 101 selections.

“It’s a well-worn draft axiom that Bill Belichick likes to trade down and amass picks, because he’s usually picking at the bottom of the first round and choosing among players he has graded as second-rounders anyway. But last year, the Pats stood pat and made two first-round picks, one of which was a running back. You can’t be sure of anything anymore.

There’s a thought around the league that the Rob Gronkowski retirement leaves the Patriots hungry for offensive playmakers. This first round is strong at tight end, and New England has 12 total picks — tied with the Giants for most in this draft. That enables the Pats to move up if there’s a tight end or playmaking wide receiver within range of where they sit at No. 32.

Of course, if that doesn’t happen, you could easily see the Patriots trading down instead of up, because oftentimes teams like to come up to that 32nd pick to secure a player with a fifth-year option.”

The Patriots have been linked to a few different options in the first round, with Alabama tight end Irv Smith and Ole Miss wide receiver A.J. Brown being in play. Iowa tight end T.J. Hockenson is another option. New England did sign tight end Austin Seferian-Jenkins to bolster their list of pass-catching options, and hosted projected first-rounder and Duke quarterback Daniel Jones for a workout in Foxboro on Wednesday.

But Belichick has been unpredictable on draft day, to say the least. So Graziano is right to say you can’t be sure of anything anymore. 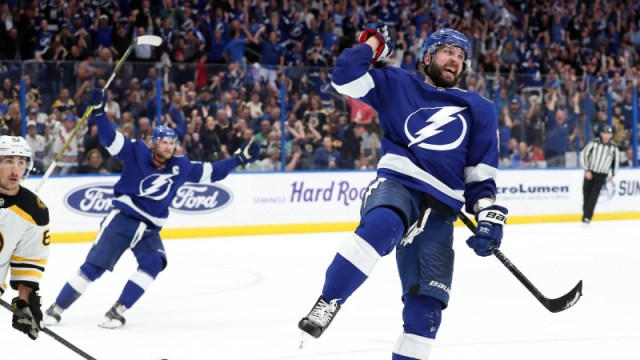 NHL Bracket: Picks, Predictions For Each Round Of Stanley Cup Playoffs 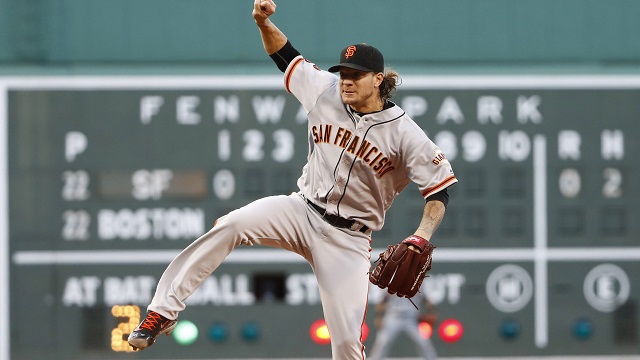