Chris Sale stymied the Oakland Athletics for the bulk of his six-inning outing Tuesday night, but he didn’t exactly overpower them.

Sale limited the Athletics to just one run on three hits in Boston’s 1-0 loss at Oakland-Alameda County Coliseum. The left-hander recorded just one strikeout, though, which marked the first time in his career he logged one punchout or less in a regular-season outing that lasted six innings or more.

The lack of Ks might have had something to do with Sale’s noticeably diminished velocity. The veteran southpaw’s four-seamer hovered in the high 80s for the bulk of his outing, with his fastest heater clocking in at 92 mph. This, of course, is noteworthy, as Sale’s repertoire has featured a high-90s fastball for the majority of his 10-year career.

Dana LeVangie isn’t pushing the panic button, though, as the Red Sox pitching coach believes the team’s ace doesn’t need to rely on lighting up the radar gun to get the job done.

?Zero. Zero concern,” LeVangie said, per MassLive’s Christopher Smith. ?Not at all. He dialed it up when he wanted to. It?s there. But he knows how important he is to this team. He can pitch regardless of the velocity.?

Manager Alex Cora isn’t getting caught up in the pace of Sale’s pitches either.

This very well could be a part of the Red Sox’s plan. Sale notoriously has faltered in the latter stage of seasons, and Boston will need him to be sharp come October if it hopes to repeat as World Series champions. Instead of storming out of the gate like years past, it sounds like Sale is going to ease into building his best stuff.

?I?m still just trying to find it,? Sale said when asked about his velocity. ?I?m still working on some things with my mechanics. Trying to find my space out there. Just try to get comfortable and find a groove. I think that?s just half the battle with a pitcher, especially a starting pitcher: is finding a groove and getting comfortable. We?re still working. It?s a work in progress. But like I said, there?s no excuse. Gotta go out there and find a way.? 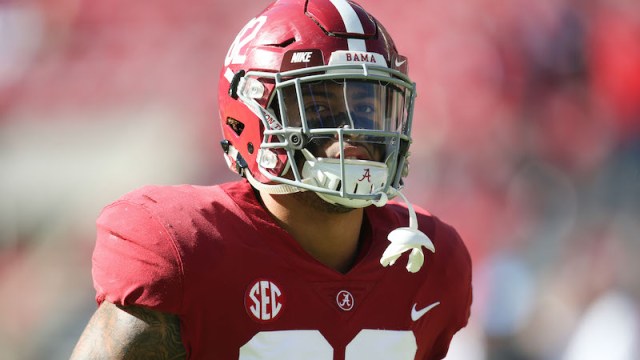 Love Him Or Hate Him, Bryce Harper’s Bat Flip Was Fitting Baseball Revenge