If you weren’t exactly thrilled with how HBO decided to wrap things up on “Game of Thrones,” well, you have a ton of company.

And your spokesperson likely could be Green Bay Packers quarterback Aaron Rodgers.

Rodgers is a massive fan of the show, and even appeared in the series’ penultimate episode.

But he had some massive problems with how things ended up.

Rodgers mostly was upset with who ended up as the ruler of the *six* kingdoms, with Brandon Stark … errr … “The Three-Eyed Raven,” or “Bran the Broken,” or whatever the heck he is going by these days, being chosen as the new king. He shared his frustration with reporters on Tuesday.

“You come down to the ending and Tyrion says the person with the best story is Bran?!,” Rodgers exclaimed.

He later went on to joke that showrunners David Benioff and D.B. Weiss were more focused on their upcoming “Star Wars,” project than closing things out on “Thrones.”

Aaron Rodgers had to rant about that #GameofThrones ending ? pic.twitter.com/o0kXgQSDpL

The quarterback makes some pretty great points. It seems that the showmakers essentially dragged viewers out for eight seasons only to learn that Bran basically knew what he was doing from the start.

Rodgers is far from alone, and we think Thrones fans around the world are agreeing with the signal-caller here. 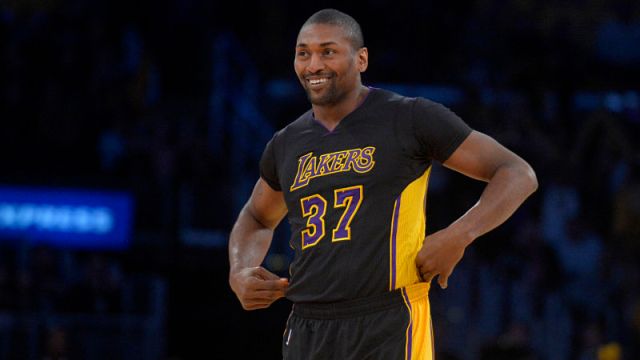 Metta World Peace Reveals Inspiration Behind Changing His Name In 2011