There’s probably going to be an Anthony Davis auction this summer, but it might be hard for the New Orleans Pelicans to find exactly what they’re looking for.

After a trying season, the Pelicans have to be feeling hopeful about the future. New Orleans won the NBA draft lottery earlier this week, which should lead to the relative no-brainer decision to draft Zion Williamson with the top pick. The bigger question New Orleans must answer is what they do with Davis.

Perhaps it’s possible the Pelicans hold onto the superstar big man, pair him with Williamson and try to make some noise in the playoffs next year. But if they’re all about a full rebuild, it makes sense to cash in the Davis chip now and acquire as many assets — either young talent or draft picks — as possible and build around the Duke star.

The Los Angeles Lakers seemed like they might have the inside track on acquiring Davis after the two teams’ reported trade discussions earlier this season. However, the Pelicans came away from that debacle unhappy with how business was done. ESPN’s Brian Windhorst said this week on “The Russillo Show” podcast that he thinks the Pelicans are still ticked about that and won’t make a deal with the Lakers, especially after New Orleans landed the No. 1 pick.

“I don’t think the Pelicans want to make a deal with the Lakers — when I say I don’t think, I know that’s how they feel,” Windhorst told Ryen Russillo. “Had the Lakers won the lottery and had Zion and had an opportunity to offer something like that, it would have been so overwhelming that I think it might have removed that impediment. There’s a lot of animosity and scar tissue built up between these two organizations. I feel very strongly that New Orleans does not want to make a deal with LA.”

OK, so how about the New York Knicks? The worst-kept secret in the NBA is New York’s desire to sign both Kyrie Irving and Kevin Durant this summer. Adding a player like Davis obviously would give them a superteam and make them instant title contenders.

“I’m not saying the Knicks are in the catbird seat, either,” Windhorst said. “The Knicks can’t trade the No. 3 pick unless they know they’re getting Durant or Kyrie or somebody else, and the timelines are off, so that’s another complicated topic altogether. I think Lakers fans should be very, very happy, but I don’t think they should be getting Anthony Davis jerseys.”

And that’s the real problem with pretty much every team as it pertains to the Pelicans and Davis. The NBA draft is June 20, and free agency doesn’t begin until July 1. So would the Knicks be willing to part with the No. 3 pick and a player like Kevin Knox to acquire Davis without knowing for certain they’ll have Irving and Durant?

The Boston Celtics have a similar situation. They probably can offer the best deal of players and picks to get Davis. Boston didn’t get lucky in the lottery, but they still own picks Nos. 14, 20 and 22 in the draft in addition to young stars like Jaylen Brown and Jayson Tatum. But if Irving is going to leave July 1, it would be a huge risk for Boston to trade parts of its young core for one year of Davis.

Not to mention, as Windhorst notes, this would be unfamiliar territory for Celtics president of basketball operations Danny Ainge.

“If you get into the Anthony Davis sweepstakes — and it will be a sweepstake — I assume the Knicks and Lakers will make pretty gigantic offers,” he said. “One of the things the Celtics have been able to do with their trades that Danny Ainge has executed where he just totally won the trade is they haven’t been auctions. He’s been able to do deals where he leverages the situation. Kyrie for whatever reason wasn’t an auction even though he had two years left on his contract. … I don’t think the Celtics like operating in an auction, and I also think that it’s one thing to lose the No. 8 pick and Isaiah Thomas (for two years of) Kyrie. It’s another thing to trade multiple firsts, Jayson Tatum, Marcus Smart or Jaylen Brown and Marcus Smart for potentially a one-year rental, and you don’t even know if you’re going to move the ball down the field that much. It’s a huge risk. The thing about it is really regardless of what Anthony Davis says, the rules make it very unlikely he’ll extend his contract immediately no matter where he goes.”

Where Davis plays basketball next year is anyone’s guess at this point. But we do know it will be fascinating to watch it all play out. 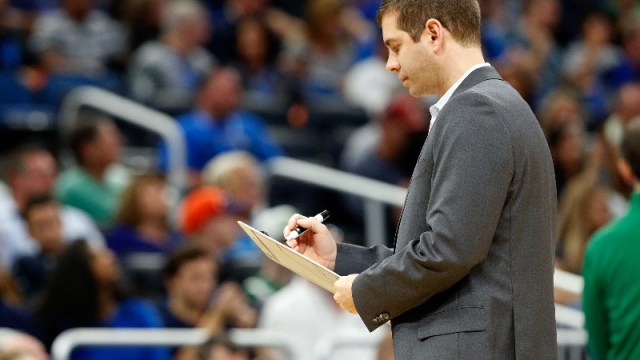 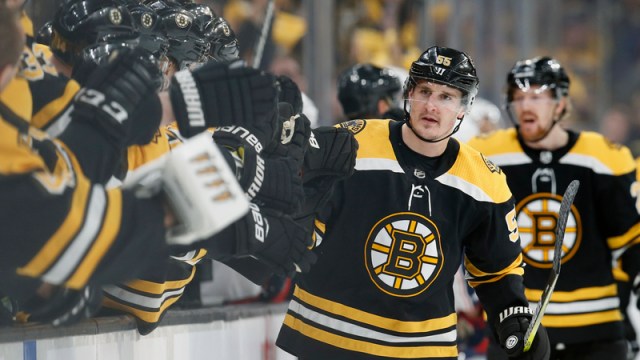