The Stanley Cup stage is set, and the Boston Bruins know who their opponent will be five days after sweeping the Carolina Hurricanes from the Eastern Conference Final.

The St. Louis Blues eliminated the San Jose Sharks on Tuesday night with a 5-1 win in Game 6 of the Western Conference Final. The Blues were a surprise team in the second half, after being the second worst team in the NHL on New Year’s Day. Their head coach was fired in November and replaced by Craig Berube, who never had been an NHL head coach before.

The Blues’ path through the playoffs was no walk in the park, either. They took a 2-0 series lead in the first round over the Winnipeg Jets before allowing them to tie it, but St. Louis answered back with consecutive wins to send the Jets packing.

They then played a seven-game series against the Dallas Stars, and didn’t win back-to-back contests until Games 6 and 7. Then there was the Sharks, who looked to be in control throughout the series, but dropped Game 5 by a score of 5-0 and came out slow to start Game 6 without Erik Karlsson, Joe Pavelski and Tomas Hertl.

The last time the Blues made a Cup appearance? 1970 against the Bruins. 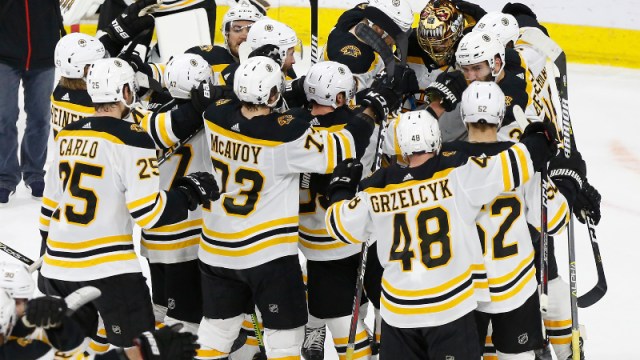