BOSTON — It was difficult to predict how the Bruins would come out in Game 1 of the Stanley Cup Final against the St. Louis Blues.

Boston had an 11-day break between Game 4 of the Eastern Conference Final and Game 1 of the Cup Final at TD Garden. And through 21 minutes of Monday’s tilt, the B’s certainly looked a bit sloppy.

The last 39 minutes? Well, those went pretty well for the Bruins, who scored four unanswered goals to win 4-2.

But Boston was quick to acknowledge that it took them a bit to shake some of the rust off after a first period that saw them trail 1-0.

Said Zdeno Chara: “They were better. But I thought as the game went on, we got better we played our game. We were were able to capitalize on our chances.”

“Yeah,” added David Pastrnak. “Obviously try to establish our forecheck and our legs — get our legs going, and you know, I don’t think we had a bad start but you know we didn’t happen to score the first goal, but big credit to our group that we came back.”

Connor Clifton agreed with his teammates. 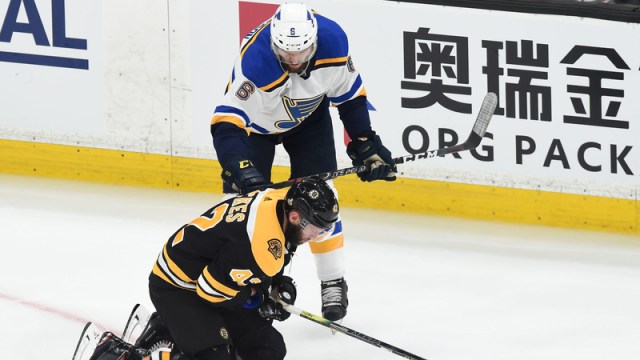 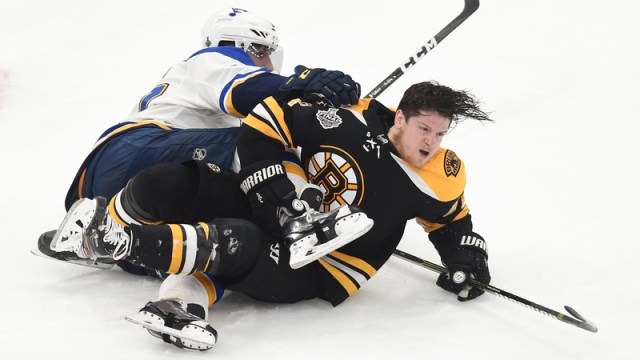