The Boston Bruins are three games away from taking home Lord Stanley’s Cup, but one of their top prospects recently reached the highest point in junior hockey.

The Rouyn-Noranda Huskies defeated the Halifax Mooseheads on Sunday to win the 2019 Memorial Cup, and leading the way was Jakub Lauko.

Lauko was selected by the Bruins with the 77th overall pick in the 2018 NHL Entry Draft and has been lighting it up ever since. The 19-year-old was the tournament’s leading scorer with eight points in five games.

Similarly to the Bruins’ Game 1 win over the St. Louis Blues, the Huskies came back from a 2-0 deficit to defeat the Mooseheads. Lauko assisted Peter Abbandonato’s game-winner early in the third period.

Lauko collected 21 goals and 20 assists in 44 Quebec Major Junior Hockey League games with the Huskies this season, while leading all QMJHL rookies with 13 playoff points in 19 games. 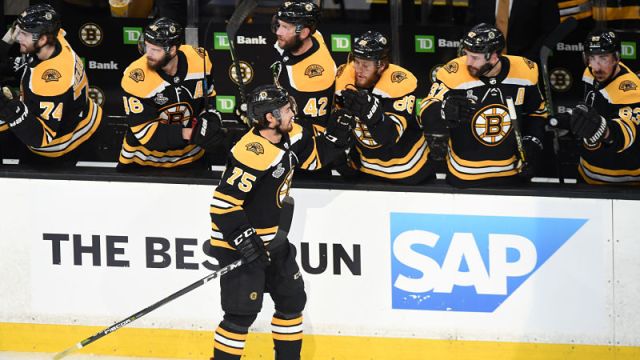