Sergei Bobrovsky on Thursday night for the first time in three weeks showed signs of mortality when the Boston Bruins were able to get four goals by the Columbus Blue Jackets’ Vezina Trophy-winning goalie.

The Bruins lit the lamp early and often en route to a much-needed 4-1 win that evened their second-round Stanley Cup playoff series. The four goals were the most Bobrovsky has allowed in the postseason and the shakiest he’s looked since allowing three first-period goals in Game 1 of the Blue Jackets’ eventual comeback win against the Tampa Bay Lightning that sparked a shocking series sweep of the Presidents’ Trophy winners.

Through the first three games of this second-round series, Bobrovsky flustered and frustrated the pressing Bruins. When he wasn’t making highlight-reel saves, the Bruins were hitting posts and crossbars, perhaps trying too hard to be too fine in order to beat the impenetrable netminder.

But things finally changed Thursday night in Game 4 when David Pastrnak scored just 3:33 into the first period on a slap shot from the left faceoff circle that just barely got through Bobrovsky. For one night, at least, Bobrovsky sprung a leak, and the Bruins hope to open the floodgates starting in Game 5 when they return to Boston.

One thing to watch Saturday night and for the rest of the series is from where the Bruins are shooting. Don Cherry made an interesting, borderline throwaway point during Thursday night’s “Coach’s Corner” segment on Sportsnet’s telecast of the game.

Upon further review, the Bruins definitely had success shooting from distance. Pastrnak’s goal came from behind the left faceoff dot, and Patrice Bergeron’s power-play goal in the first period came from the high slot outside the right faceoff circle. Sean Kuraly’s third-period goal came from right outside the crease, but that was after a Zdeno Chara shot from the point ricocheted to Kuraly in front, that Bobrovsky wasn’t able to poke out of the slot. Bergeron’s second goal in the third period also came from the doorstep, but that was after a Pastrnak slap shot from almost the same exact spot where he scored his first goal. Bobrovsky gave up an awful rebound, and the Columbus defensemen weren’t able to clear the puck, and Bergeron jammed it home.

All told, 29 of the Bruins’ 46 shots came from the faceoff dots or beyond. Typically, these aren’t viewed as high-opportunity chances, so maybe we’re forcing the theory to justify the results. But the Bruins certainly made the most of it, and Bobrovsky looked as shaky as he has all series. Even in the third period when 11 of Boston’s 20 shots came from below the dots, a lot of it came from second chances.

The Bruins did do a great job in the third period of getting to the net, which is really what you’d ideally want to do, right? Get guys in front of Bobrovsky, take away his eyes and be there for rebounds. Doing that against a John Tortorella club will be easier said than done moving forward. His teams will sell out to block shots and will pack it in tight defensively. But if the Bruins can continue to make the most of shooting lanes from distance, while also winning the battles in front, you have to like their chances. At the very least, they should hope Bobrovsky’s shaky rebound handling plants a seed of doubt moving forward.

Maybe it’s nothing. Maybe Bobrovsky had a bad game. Maybe (most likely) this is all relative, and he’ll still be a tough nut to crack for the series’ remaining three games. But it’s at least something to keep in mind as the series moves toward its almost certainly dramatic conclusion. 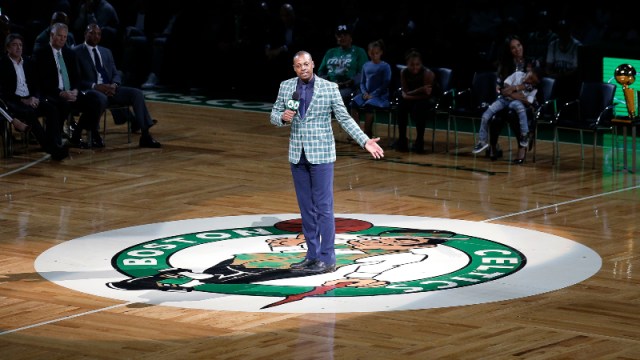 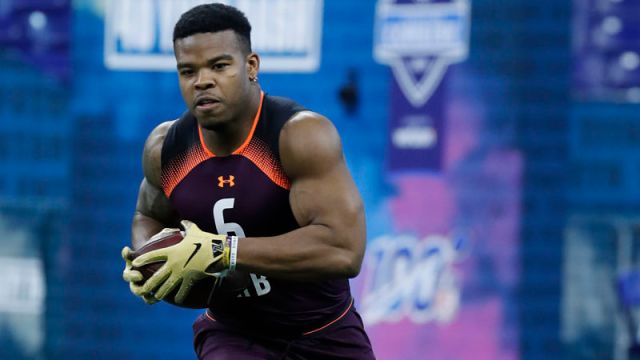 NFL Writer Believes This Patriot Was Negatively Impacted By 2019 Draft