The post-draft comparisons N’Keal Harry has received sheds light on how special those within the football world believe the wide receiver can be.

The 2019 first-round draft pick of the New England Patriots has shades of Dez Bryant, according to his head coach at Arizona State, Herm Edwards. Harry’s wide receivers coach with the Sun Devils, Charlier Fisher, also sees a little bit of Anquan Boldin in the 21-year-old’s game.

But if you ask former NFL quarterback David Carr, Harry’s makeup and skill set are comparable to one of the greatest wide receivers of all time.

During a recent appearance on NFL Network’s “NFL Total Access,” Carr was tasked with identifying which AFC East newcomer he believes will make the biggest impact in the 2019 season. The former Houston Texan opted for Harry, who he thinks could be the second coming of Larry Fitzgerald.

“Let’s give Tom Brady N’Keal Harry. That’s the guy that I look at and was like the Patriots jump back in there, first round,” Carr said. “I mean when has (Bill) Belichick ever taken a first-round wide receiver? He thinks this guy is special. When he was here, we got to go out and do a demo with him. The guy’s incredible. He’s a big, physical kid. I think this is the stuff that’s going to be impressive, though. You get a guy in 1-on-1 situations and this is what Gronk (Rob Gronkowski) was. Gronk was the guy that when they singled up they would go to him. Now you put N’Keal out there, he’s a big, physical guy. You can throw it up over the top, you can throw a back-shoulder ball if the guy’s in good coverage. He’s gonna go in there, he can block for you. He can do a lot. When you watch the tape on this guy when he was at Arizona State, he’s an incredible wide receiver. I looked at it and said ‘That’s Larry Fitzgerald all over again.’ Then he goes and runs a 4.5 (40-yard dash), so he ran even faster than Larry did when he came out of college. So it’s all there. You can see why Belichick went out there and grabbed him.”

It is easy to see why Belichick and the Patriots couldn’t pass on Harry with the 32nd overall pick in this year’s draft. At 6-foot-2 and 228 pounds, Harry boasts ideal size for your prototypical No. 1 wide receiver. Aside from the jump-ball skills Carr noted, Harry’s also capable of lining up in the slot and going across the middle. In short, there’s no shortage of ways New England can utilize Brady’s newest weapon.

With the Patriots’ wide receiver depth chart currently deprived of high-end talent, look for Harry to make an immediate impact in Foxboro. He has a long, long way to go to meet Carr’s expectations, but he certainly couldn’t have asked for a better situation upon breaking into the NFL. 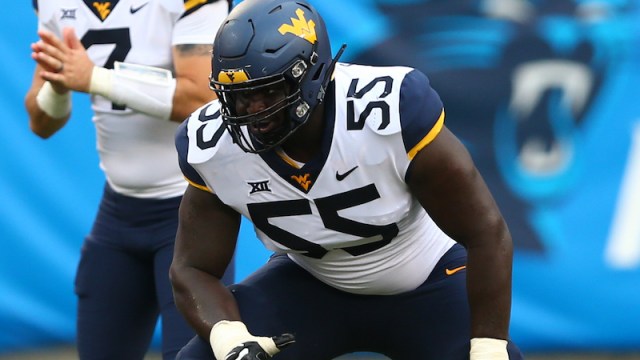 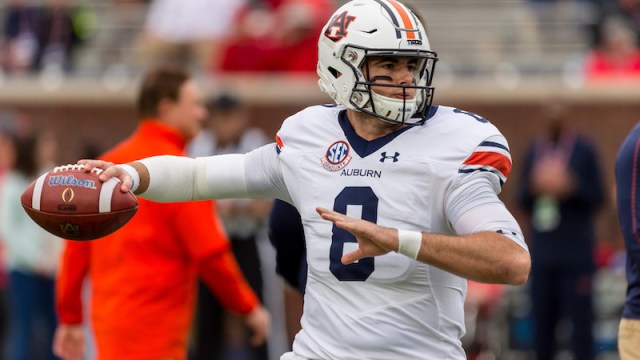