History Very Much On Bruins' Side After Game 1, But B's Know There's Long Way To Go - NESN.com Skip to content

One of the most prevalent themes emanating from the Boston Bruins’ locker room Monday night was the constant reminder the Black and Gold’s work is far from done.

The Bruins stormed back to win Game 1 of the Stanley Cup Final 4-2 over the St. Louis Blues, erasing an early two-goal lead in the process. If history is any indication, grabbing Game 1 is potentially monumental for the B’s.

Dating back to 1939, the year the Stanley Cup Final went to a seven-game format, the winner of Game 1 has gone on to win the series 61 of 79 times (77.2 percent). Not only that, the Bruins have a 37-17 all-time record when they win the first game of a series, while the Blues are just 6-24 when dropping the series opener.

For whatever that’s all worth.

“Yeah, obviously it?s huge especially after a long break, but it’s only step one for us,” Bruins forward David Pastrnak cautioned.

The Bruins definitely should know better than most that there are plenty of statistical outliers. Boston lost Game 1 of its first-round series before coming back to beat the Toronto Maple Leafs in seven games, and the 2011 Stanley Cup champion team lost Game 1 in three of its four series — including the Cup Final — on the way to winning it all. And you only need to go back to last year’s Cup Final to find a team (the Washington Capitals) that lost the first game of the series and went on to win it all.

“We?re only a quarter of the way there. We know they?re going to come out even stronger for Game 2, so we have to be ready for that,” Bruins forward Patrice Bergeron said Monday night.

A win in Game 2 on Wednesday night would go a long way in solidifying the Bruins’ chances of raising the Stanley Cup. Teams with a 2-0 lead in any playoff series have gone on to win the series 87.2 percent of the time. 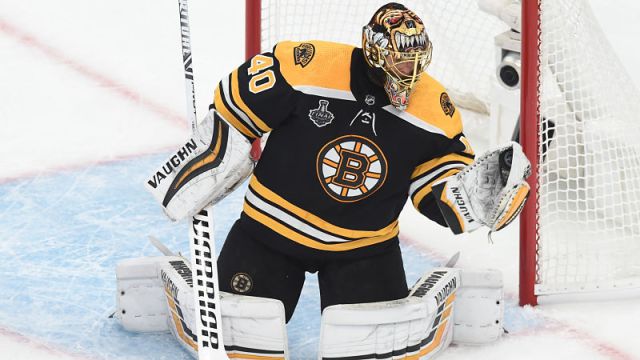 Numbers Don’t Lie: Tuukka Rask Has Been Even Better Than Tim Thomas 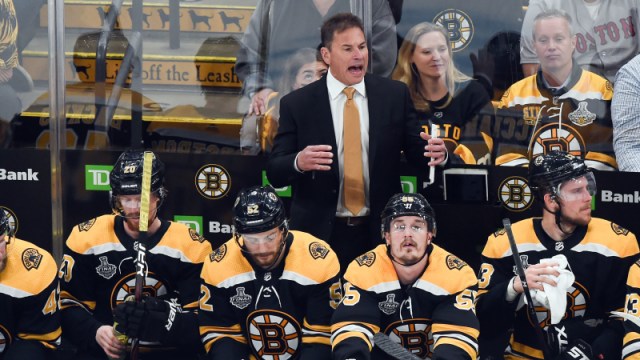 What Bruce Cassidy Thinks Bruins Need To Improve In Game 2 Vs. Blues