If you took the 12:55 p.m. ET flight from Boston to Raleigh-Durham on Monday, then you traveled in style.

JetBlue debuted its new “Bear Force One” airplane, a Boston Bruins-themed jet that features the airliner’s first livery dedicated to an NHL team. No, neither the Bruins nor the Carolina Hurricanes were on the manifest, but the civilians who were scored free T-shirts.

Here’s your first look at “Bear Force One”:

Bear Force One is the first @JetBlue livery dedicated to an NHL team. ?? pic.twitter.com/m8MNrjSpck

And you thought the New England Patriots’ plane was cool. (OK, it kinda is.)

.@985TheSportsHub?s Bob Beers is a passenger on today?s flight and took the mic to welcome everyone to Bear Force One! @JetBlue | #NHLBruins pic.twitter.com/lOeKnuScL4

The Bruins and the Hurricanes will resume their Eastern Conference Final series Tuesday. Boston holds a 2-0 edge in the best-of-seven series following two convincing victories at TD Garden. 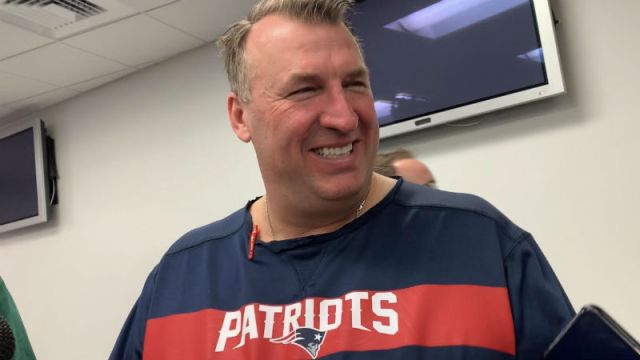 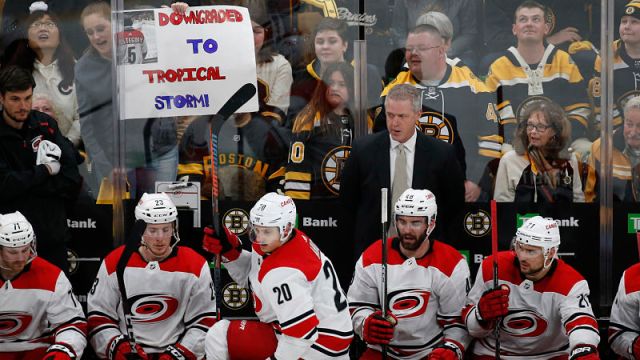 Bruins Fans Roast Hurricanes For Bizarre Tweet Ahead Of Game 3