We’re still over a month away from the NBA offseason, but the winner of the Kyrie Irving sweepstakes might already be determined.

Irving is eligible to opt out of his contract with the Boston Celtics this summer and become a free agent. Chatter circulated over the weekend that Irving could head out west, as the star point guard reportedly “has had discussions” about reuniting with LeBron James and joining the Los Angeles Lakers.

But according to Stephen A. Smith, there’s no truth to that rumor. In fact, there’s “no way in hell” Irving dons a Purple and Gold uniform next season, as Smith reported during Monday’s edition of ESPN’s “First Take.” Irving’s true impending destination, per Smith, is the one most have expected all along: the New York Knicks.

Irving joining the Knicks would make sense for a few reasons. For someone who has dabbled in the entertainment world, Irving, a West Orange, N.J., native,  would have no shortage of potential business opportunities in the Big Apple. Not to mention, New York has strong odds of obtaining the No. 1 overall pick in this year’s NBA draft, which very well could convey into Zion Williamson.

With the Lakers reportedly out of the picture, it seems as though Irving’s decision will come down to the Celtics and Knicks. And given how the 2018-19 campaign panned out, Irving probably isn’t very inclined to remain in Boston. 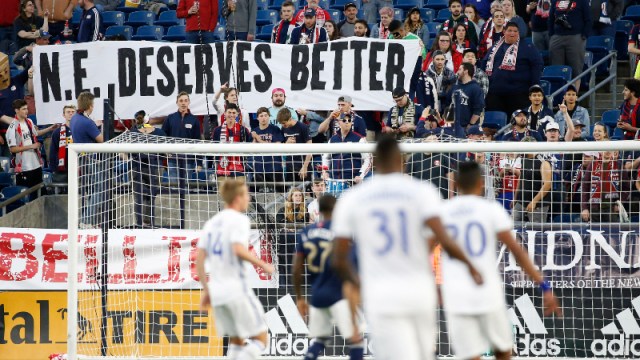