The New England Patriots concluded one of the most exciting drafts in franchise history last weekend, but it left fans with one burning question.

“What’s the heck is the Patriots’ plan at tight end?”

We cover that and more in this week’s mailbag.

Doug do you think the Patriots are going to trade for a TE? If so who do you think?
— @QueenChyXII
I received numerous questions about the Patriots’ tight end situation this week, so let’s start here.

There’s not a single roster lock in that group. LaCosse, with $500,000 guaranteed on his contract, is the closest thing. He has 27 career receptions for 272 yards and one touchdown.

So, what’s the plan? The Patriots can get by with the group they have, but it might not be pretty. It’s OK if that leaves you feeling unenthusiastic.

The most obvious trade candidate is Minnesota Vikings tight end Kyle Rudolph. He’s on the final year of his contract, and the Vikings just took Irv Smith Jr. in the draft. If I were the Vikings, I’d keep Rudolph until Smith gets up to speed, however. They can use both players, especially if their goal is to pound the rock more this season. Rudolph is a better blocker than Smith.

I’d still check to see if the Tampa Bay Buccaneers wanted to trade Cameron Brate. I’d also reach out to the Houston Texans. They’ve selected tight ends in the third round in consecutive drafts in Jordan Akins (2018) and Kahale Warring (2019). Perhaps Houston would be willing to part with Ryan Griffin or Jordan Thomas.

Rudolph would make the biggest splash, but I think it makes sense to add as much competition as possible at the tight end position entering training camp.

Regardless if the Patriots add another tight end or not, it’s clear they’ll need increased production out of their wide receiver corps this season.

Does Rex Burkhead have any trade value around the league? Or it has better chances for being cut? (If and only if Damien Harris? pick turns out as expected)
— @J_Javierdiaz
I think the Patriots will want to keep all five running backs out of training camp. That’s Sony Michel, James White, Burkhead, Damien Harris and Brandon Bolden. They kept four last season, and three of them got hurt. That led to Cordarrelle Patterson playing running back for two games.

The Patriots don’t want to get into a situation where they have a wide receiver playing running back for obvious reasons. Michel and Burkhead have obvious injury concerns, so it makes sense to keep both Burkhead and Harris on the roster if only for insurance purposes.

What are the chances of Duke Dawson being cut so soon?
— @jordanallen40
Pretty slim, but non-zero. Obviously, the Patriots would pursue a trade before outright releasing him.

I would think the Patriots would like to see Dawson in an actual game before deciding to part ways. I can envision a scenario where the Patriots keep six or seven cornerbacks and potentially just four safeties. Cornerbacks Jason McCourty, Jonathan Jones, Duke Dawson and Joejuan Williams all can do safety-like things in the Patriots’ defense.

I’ll say this, though: Keion Crossen likely will enter camp with a better shot at a roster spot for the same reasons he was active in last year’s playoffs and Dawson wasn’t. Dawson was a second-round pick in 2018, however. If he plays like one, he’ll make the team.

Do you see Harry as the number 2 wideout right now?
— @Teen_Titans23
In an ideal situation, definitely.

It will be interesting to see if Harry — the Patriots’ first-round pick this year — is lined up with the first team in OTAs and minicamp this spring. His biggest competition would be Phillip Dorsett since Josh Gordon still is suspended and Demaryius Thomas still is recovering from a torn Achilles.

Their absences should give rookies Harry, Jakobi Meyers, Ryan Davis and Xavier Ubosi and veteran newcomers Bruce Ellington and Maurice Harris plenty of time to learn the offense with actual practice reps.

No, but seriously, I think Jarrett Stidham could be very good. I have a Stidham film review scheduled for next week, and he has some very intriguing traits. Some of the throws he made in 2017 and 2018 were unbelievable.

If a top quarterback is within range in next year’s draft, then sure, grab him. But I’d like to see how Stidham looks in the Patriots offense with some time to grow. I think he has starting potential. Stidham was looked at by some as a first-round talent after the 2017 season, and it was easy to see why while reviewing his film.

Who, in your opinion, is the best overall fit as an available free agent? Also, which of our own free agents will we sign?
— @RommelRoo
The best fit remaining free-agent fit at a position of need is defensive tackle Ndamukong Suh. I’m not sure how much money he’ll command, but he would be a significant piece to slot into the middle of the Patriots’ defense.

I also think a veteran offensive tackle like Jared Veldheer could be very valuable as an insurance piece in case Isaiah Wynn and Yodny Cajuste don’t work out at left tackle. The Patriots also need a fourth offensive tackle behind Wynn, Cajuste and Marcus Cannon. I don’t have a ton of faith in guys like Cedrick Lang, Tyree St. Louis, Dan Skipper, Cole Croston and Calvin Anderson.

Who is your favorite UDFA to contribute this season? #MailDoug
— @AlecFales
The undrafted free agent I’m most excited to watch is Ubosi.

Just watch this five-minute video. You won’t regret it.

He has an interesting story that you might hear more about in the next few weeks. I think either Ubosi, Davis or Meyers has the best shot at making the Patriots’ 53-man roster given New England’s current pass-catching depth. Beyond them, I might say Anderson or St. Louis because of the Patriots’ backup tackle situation.

Is it safe to get hyped about Josh Gordon returning? #maildoug
— @jessgabe8
I still think Patriots fans should go into the 2019 season with extremely low expectations for Gordon. I know the NFL wants Gordon’s story to have a happy ending. So, I think they’ll give him every chance to succeed. I just don’t know when that will happen. And even if his suspension is lifted, there’s no guarantee he’ll stick around all season.

Plan as if Gordon isn’t even on the team, because he’s not right now. If he gets reinstated, then you can start getting your hopes up.

What do you think about Nick Caserio saying (more or less) “we traded up (two times in the 5th) because didn’t want to have too much picks this year”? Why didn’t we trade for next year’s picks then? Also what do you think about round 5-7 picks? Could’ve been much better imo (WR)
— @KubaKazula
I thought that was interesting too. The Patriots traded up in the fifth round twice using seventh-round picks.

Patriots director of player personnel Nick Caserio was asked if the Patriots moved up because they thought someone else was going to take punter Jake Bailey.

“Not necessarily,” Caserio said. “It might be more of like, we have a lot of picks. We’re probably not going to be able to use them. If we’re going to pick players — I mean, there’s only so many players that we can pick or you start to run out of players at some point that we’re actually going to pick. It’s supply and demand, like how many players. If you look at our team, you only have so many spots. We have a pretty competitive roster but you can only go up to 90, so if you just start adding players, well, it’s going to come at the expense of somebody else. I think it’s more of a situation where just you kind of have some picks and you might not be able to use them. Maybe you just move up a few spots and it could save you somewhere else along the way.”

An undrafted free agent is a little cheaper in the short term, but it’s more valuable to hit on a seventh-round pick. Consider that undrafted cornerback Jonathan Jones will have made $4.725M over four years. Tight end Ryan Izzo signed a four-year, $2.385M contract as a seventh-round pick last year.

I think Caserio just didn’t want to get into the game of exposing league intel. And they probably just wanted to prioritize getting Bailey and Byron Cowart over whoever they could have taken at the bottom of the seventh round.

It wouldn’t surprise me if Cowart and Bailey were the last players with draftable grades on the Patriots’ board. I thought the Patriots’ fifth-round picks and seventh-round selection were fine. At that point, you’re taking the player highest on your board even if that’s a punter.

did you have a least favorite college class/final (pray for us as we enter finals week) #maildoug
— @thisryanjackson
I wasn’t so great in school. Don’t follow my lead, kids. Study up and enjoy summer. Don’t force yourselves into summer classes like I did.

Is Linebacker a significant need as there is little depth behind Van Noy and Hightower?
— @jordanallen40
I wouldn’t say so. It’s the same as last season, plus Ja’Whaun Bentley and Christian Sam are healthy. They’ll probably need some help there next season, though.

How come the Patriots keep winning Superbowls even though Belichick is terrible at drafting players? #maildoug
— @MrQuindazzi
Is it bad when I can’t tell if it’s satire?

Who?s the nfl equivalent of thanos #MailDoug
— @BrianJBaby
It has to be Belichick, right? He kills off an entire conference every season.

What would your combine numbers look like?
— @Chris_Chrome508
Bad.

What is your very early 53 man roster for the Pats?
— @LokkPats
It’s right here. Thanks for asking! 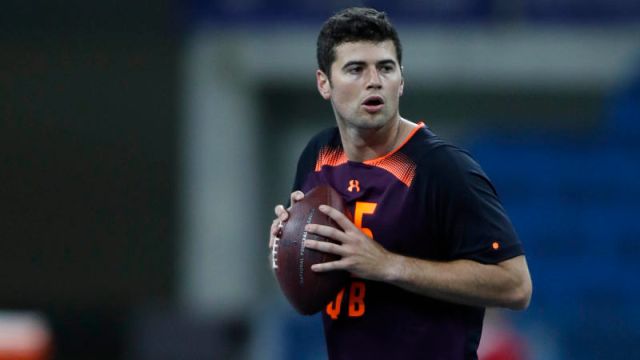 ESPN Explains Why Patriots Could Pursue Quarterback Again In 2020 Draft 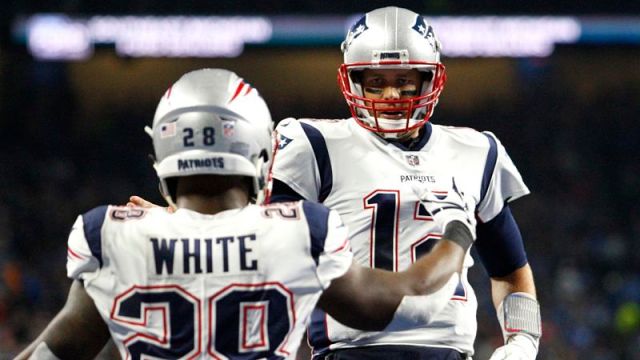