But you should be sick of NHL reporters calling for Krug’s head after thinking the hit, which came in the third period of the Boston Bruins’ Stanley Cup Final Game 1 victory, should’ve been called for charging. As you can see in the video below, this was just a solid hockey hit, albeit one executed with some undeniable theatrics:

"I think it gave our team energy and that?s all you?re trying to do out there is make little plays throughout the game that pushes your team in the right direction and that was one of them.? -Torey Krug

This is the #StanleyCup Final. pic.twitter.com/Qs2rB9T3la

Krug gets tangled up with David Perron in front of Tuukka Rask, manages to skate down the ice after losing his helmet and glide into a hard-hitting collision with Thomas, who clearly wasn’t expecting it. Sure, the officials could’ve called a penalty on the play, but they also elected to swallow the whistle on Perron’s mugging. This is playoff hockey — let the players play.

TSN’s Pierre LeBrun, in particular, was astonished that Krug wasn’t called for charging.

How the hell is that not a charging penalty on Krug? Wow.

Buffalo Sabres columnist Mike Harrington also thought Krug should’ve been called for charging, noting that No. 47 must have been pretty “PO’d” after being tangled up with Perron.

Krug with a punishing hit on Thomas that clearly should have been a charging penalty. He was obviously PO'd because Perron had committed three penalties on him in the defensive zone and officials stood there and watched and called nothing. Brutal officiating. A real NHL problem.

Believe us when we say that this is just a taste of the grouchy Twitter reactions.

At the end of the day, Krug’s hit was representative of the hard-hitting, entertaining brand of hockey that Boston displayed in the final two periods Monday night. The fact that it occurred with the blueliner’s helmet on the ice? An added bonus, for sure.

The Bruins and Blues will meed Wednesday night for Game 2 of the Stanley Cup Final. Puck drop is scheduled for 8 p.m. ET. 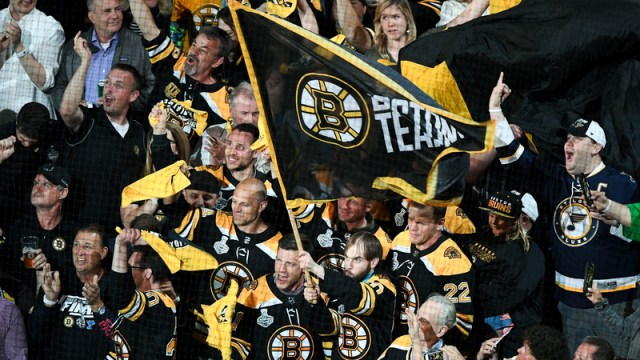 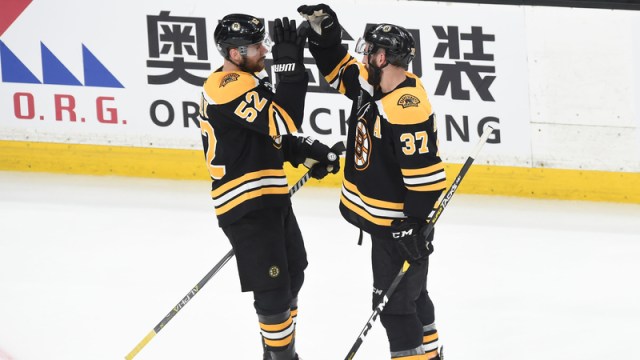