Rob Gronkowski retired from football, but he’s definitely not out of the limelight.

The former New England Patriots tight end was spotted at MGM Springfield on Saturday night, causing fans to go wild on social media, posting pictures of Gronkowski making his way through the Massachusetts venue. The tight end was reportedly celebrating his 30th birthday (May 14) at Commonwealth Bar and Lounge.

Check out some of the fan reactions:

The fact that I lost $160 but saw Gronk at MGM tonight is worth it??

Gronkowski seems to be enjoying his retirement. Between dancing on stage with Terry Crews and using the Lombardi Trophy to lay down a bunt at Fenway Park, the 30-year-old is living the life.

As always, it’s Gronk’s world, we’re just living in it. 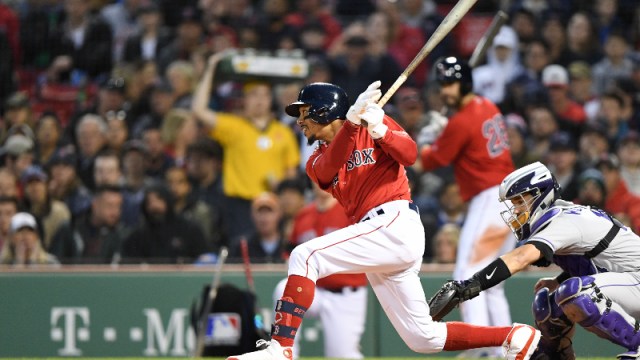 Mookie Betts’ Contract Not On His ‘To-Do List’ Right Now; Focus Is On Winning