Even Skip Bayless was left shaking his head after the Boston Celtics’ Game 4 loss to the Milwaukee Bucks at TD Garden.

Bayless has long been a supporter of Kyrie Irving, frequently calling him the best closer in the NBA. But it’s been a chaotic season for the Celtics, who trail the Bucks 3-1 in their best-of-seven series after Monday night’s 113-101 defeat, and Bayless believes Irving is the main culprit.

Bayless took Irving to task Tuesday on FS1’s “Undisputed” for being a “poor leader” and for burning bridges with his Celtics teammates. Irving has directed blame at Boston’s younger players at various points this season, which is an especially tough look with the All-Star point guard struggling in three straight playoff losses to Milwaukee.

"Kyrie burned bridges to those teammates — it was almost Laker-esque after the failed AD trade. … When it comes to leading, he's a poor leader. He's a naturally not born leader. He wanted his team, to be the alpha, and he just got hit right between the eyes." ?@RealSkipBayless pic.twitter.com/7D7KAZ2qMK

"The Celtics are done. … Last night was a troubled basketball team quitting on its 'leader' and best player, Kyrie, and they all think he's got one foot out the door. So we have 2 troubled teams: 1 in the Bay Area, 1 in Boston." ? @RealSkipBayless pic.twitter.com/tmwrUxthQQ

Irving has shot a combined 19-for-62 (30.6 percent) from the field over the last three games, which is a huge reason why the Celtics are facing elimination. The 27-year-old insisted he “should’ve shot 30” after making just seven of 22 field-goal attempts in Game 4, though, so clearly his ego hasn’t taken a hit amid Boston’s postseason struggles.

Irving requested a trade from the Cleveland Cavaliers in the summer of 2017 in order to escape LeBron James’ shadow and become the face of a new franchise. It resulted in a deal to Boston, where he’s surrounded by talented teammates and a good coach, yet it’s possible the up-and-down tenure is nearing its end in disappointing fashion. 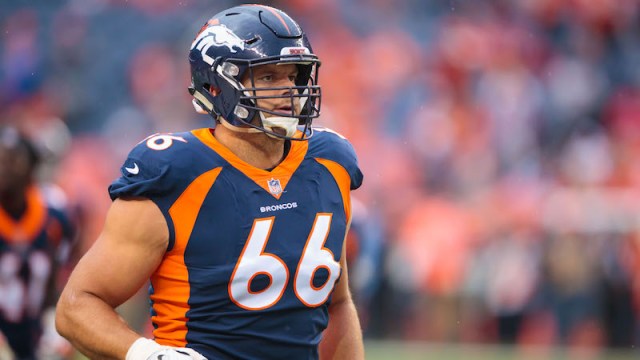