What Bruins' Bruce Cassidy Has Learned Since Failed Stint As Capitals Coach - NESN.com Skip to content

Probably not, because Cassidy’s brief stint in D.C. was far less successful than his current tenure with the Boston Bruins, who are just four wins away from hoisting the Stanley Cup.

“When you’re around the game for an extra 15 years, you learn stuff,” Cassidy said after Monday’s practice at Warrior Ice Arena, per WEEI.com. “Different ways to communicate, different ways to see the game, how to delegate, how to use your staff, how to use your top-end players to help you find that common goal. I think that was the biggest difference. A lot of newness back then. This time around there’s a lot more experience at this level.”

Cassidy took over in Washington before the 2002-03 season. He coached the Capitals to a 39-29-8-6 record (92 points), but they fell to the Tampa Bay Lightning in the first round of the Eastern Conference playoffs, and Cassidy was fired the following season after Washington got off to a slow start.

From there, Cassidy bounced around, spending time with the Chicago Blackhawks (as an assistant coach), the Kingston Frontenacs of the OHL and the Providence Bruins of the AHL. He became Boston’s interim head coach when the club fired Claude Julien during the 2016-17 season, and he assumed the role on a permanent basis a few months later after a strong finish propelled the Bruins to their first playoff appearance in three years.

Obviously, the Bruins have no regrets about handing the keys to Cassidy, who turned 54 on Monday. He guided Boston to a 50-20-12 record (112 points) last season and a 49-24-9 record (107 points) this season, and his work behind the bench is a major reason why the B’s are preparing for their first Stanley Cup Final appearance since 2013.

“To be honest, all I learned was I’m a lot more comfortable in my own skin now than I was then,” Cassidy said, per WEEI.com, of what he’s picked up since his days in Washington. “I was young, I’d had really no NHL experience. I was out in Chicago for a bit. You walk into an NHL locker room and to me, there was still a little awe. These guys have been around. So it took me a while to walk in there and say be comfortable, this is what we’re doing today and have the confidence and still do as a communicator.”

Cassidy’s first foray into coaching at the NHL level didn’t go according to plan. To his credit, however, he evolved over the years, to the point where he’s now one of the league’s most highly regarded coaches and a guy who players seemingly connect with rather easily. 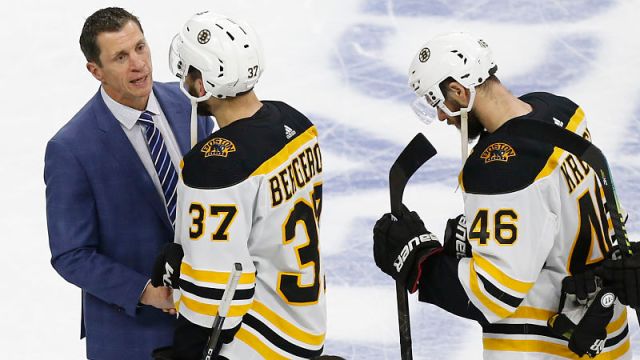 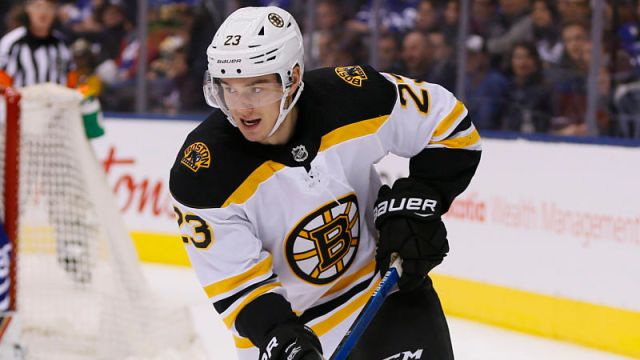