BOSTON — It’s tough to put all the Bruins’ troubles Wednesday night on one goal, but the St. Louis Blues’ second tally was a roundhouse kick to the groin for Boston.

In the first period of Game 7 of the Stanley Cup Final, the Bruins, for the most part, outplayed the Blues — however, it was the Blues that led after the first 20 minutes. With less than 20 seconds to play in the period, the Blues cleared the puck from their defensive zone, and Brad Marchand, who was ahead of the play, went for a line change.

But the Blues zipped through the neutral zone with speed, so Marchand, visibly gassed, instead elected to stay on the ice to defend. He gave a poor effort at trying to stop Jaden Schwartz, who beat Marchand by playing the puck off the wall to himself as he gained the offensive blue line. After getting beat, Marchand dashed to the bench, and the space he vacated allowed Alex Pietrangelo to dash into some wide open space in the attacking zone. Schwartz dropped a pass to Pietrangelo, who quickly switched to his backhand and beat Tuukka Rask with 7.9 seconds left in the period.

After the game, Marchand told his side of things.

“I don?t know, they chipped it in,” the winger said. “I thought that guy was by himself, so I went for a change, and a couple more guys jumped up on the play. I didn?t see the replay, but yeah.”

It indeed was a tough blow for the Bruins, who went into the break with a two-goal hole they never were able to climb out of. 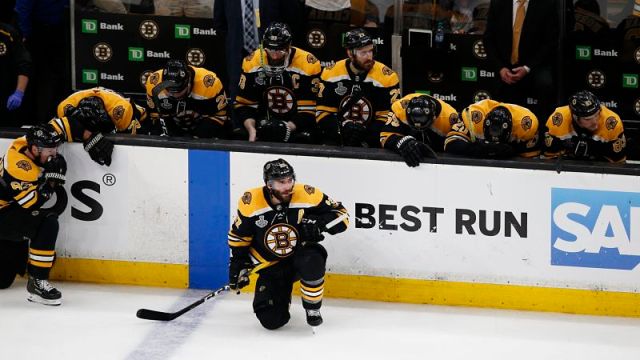 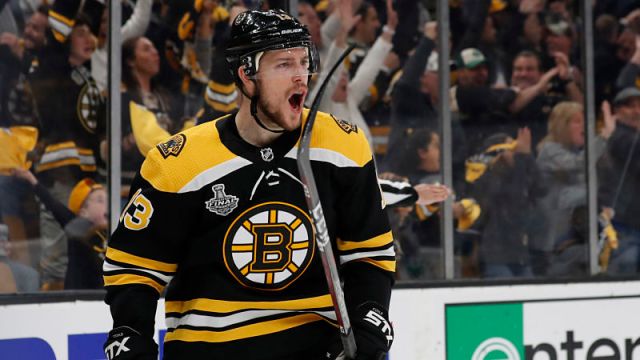