The Boston Bruins could find themselves in a pretty tough situation in Game 5 of the Stanley Cup Final if neither Zdeno Chara nor Matt Grzelcyk are able to play.

Both of the left shot blueliners are dealing with injuries, Chara a jaw issue suffered in Game 4, Grzelcyk a concussion from Game 2. John Moore filled in, and is doing a fine job, for Grzelcyk, but things get a little uncertain after that.

So let’s say neither defenseman can play in Thursday’s Game 5 against the St. Louis Blues. Moore already will be locked into a spot, leaving one more void to fill. Steven Kampfer makes the most sense, but he’s a right shot, so that means somebody will be playing on their off side. Bruins head coach Bruce Cassidy listed Kampfer and three other possibilites to replace Chara if need be, but going with the three alternatives means somebody is making their Stanley Cup playoff debut in an absolutely huge game.

With that in mind, Cassidy discussed the possibility of playing seven defensemen and 11 forwards during Tuesday’s media availability.

“Well the back end could have a domino effect (on potential lineup changes),” Cassidy said, via team-provided audio. “Listen, again, speculation I hate doing this, but if we’re out two D, Grizz and Zee, we might have to play seven defensemen. I mean you’re putting guys in there that haven’t played a ton, so maybe we’ve got to look at, ‘OK how does this work out for us to use this guy situationally, to take Zee’s PK minutes if need be, another guy to match up.’ Which, of course, we’d be reaching into an area where a young kid hasn’t played in the playoffs at all for us, so we’ve got to be careful there.”

If that’s the case, here’s a potential blue line to consider.

In doing this, you keep together the Krug-Carlo pairing together that’s worked out so well. Vaakaninen joins Clifton, a duo that spent time together as a pair with the Providence Bruins, then you have Kampfer skate as the extra defenseman while Moore goes with McAvoy. In doing this, you don’t technically have anybody playing on their off side, except in situations where you’re mixing up pairings to give guys breathers.

If this is the case, one thing is abundantly clear: Krug and Carlo are going to have a lot of work to do. They’ve been a great pairing all postseason and have had to log some pretty heavy minutes at times though, so it’s not exactly a foreign situation for them.

Of course, the ideal situation is that both Chara and Grzelcyk (or, at the very least, one of them) are available. But if that’s not the case, it’ll probably be time for Cassidy to start looking at his nuclear options. 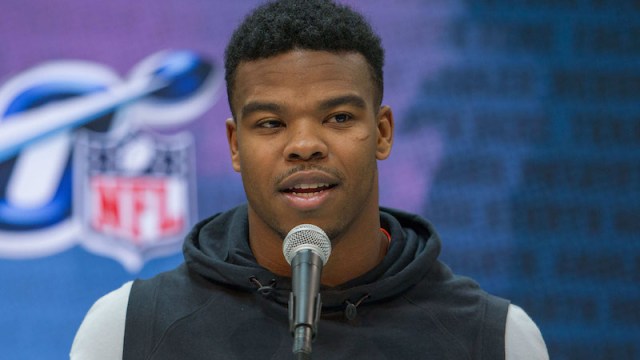