BOSTON — Well, it was a hell of a run for the Boston Bruins.

But said run came to a bitter end Wednesday night in Game 7 of the Stanley Cup Final, as the St. Louis Blues earned the first championship in franchise history with a 4-1 win at TD Garden in the winner-take-all contest.

The Blues scored a pair of goals in the first period to establish a somewhat comfortable lead, then provided some daggers in the third.

Tuukka Rask made 16 saves for the Bruins, while Jordan Binnington turned away 32 shots for St. Louis.

BLUES GRAB TWO
The Bruins played a better first period overall, but it didn’t reflect on the scoresheet, as the Blues led 2-0 after 20 minutes.

St. Louis’ first goal came with just over three minutes left in the period. Jay Bouwmeester fired a shot from the point, and O’Reilly, who has killed the Bruins all series, was waiting in the slot. The center got a stick on the puck, redirecting it past Rask at 16:47.

With time winding down in the period, the Blues scored their second.

Brad Marchand got caught in a bad shift change, leaving a ton of open ice for Jaden Schwartz. After a self-pass off the boards to gain the offensive blue line, Schwartz skated deep and dropped a pass to Pietrangelo, who was using the wide open space on the ice made possible by Marchand’s change. Pietrangelo made a move to his backhand at the inner edge of the circle, then buried St. Louis’ second goal with 7.9 seconds left.

The Blues had a better jump early on, but the Bruins quickly took over the pace of play. Colton Parayko was whistled for delay of game at 7:57 for putting the puck over the glass, and though that led to some good chances for Boston, it was unable to finish. Binnington, who until that point had struggled with rebound control and looked a little erratic, was sharp during that penalty kill and carried that play the rest of the period.

Jordan Binnington is the top trending topic in the United States and saves like this are the reason why. #StanleyCup pic.twitter.com/7V3RjZXJrd

St. Louis’ two goals came in a period where they had just four shots, while Boston had 12.

SCORELESS SECOND
There was no scoring in the second period, but the Blues did get a pretty darn good look.

Rask came up with a big stop during the period, swatting away a goal that would’ve put the Blues up by an overwhelming margin.

The Bruins struggled all period to get any sustained zone time. St. Louis had little issue winning puck battles and clearing its defensive zone in the period, and that prevented the Bruins from getting many quality looks.

Still, Boston had 11 shots in the frame to the Blues’ six.

BLUES PUT IT AWAY
The third goal of the game was going to decide a lot, and it was the Blues that got that pivotal tally, and that guided them to the win.

Schwartz dumped a puck in from beyond the red line, and Vladimir Tarasenko beat Zdeno Chara and Charlie McAvoy to the end line in the race for possession. After getting the puck, Tarasenko slipped a pass to Schenn, who had come crashing into the slot. The center unleashed a one-timer that zipped past Rask at 11:25, putting the Blues up 3-0.

The result hardly was in doubt with less than five minutes left, but the Blues added one more for good measure.

David Perron won a puck battle deep in St. Louis’ attacking zone, then fired a pass across the crease, where Sanford was waiting to nudge home the visitors’ fourth goal at 15:22.

The Bruins did get on the board with 2:10 left.

Grzelcyk received a pass from David Krejci, who was down low, and the defenseman carried a puck in from the point, then fired a wrister that beat Binnington for Boston’s first and only goal.

The Bruins pulled Rask shortly thereafter, but were unable to draw closer. 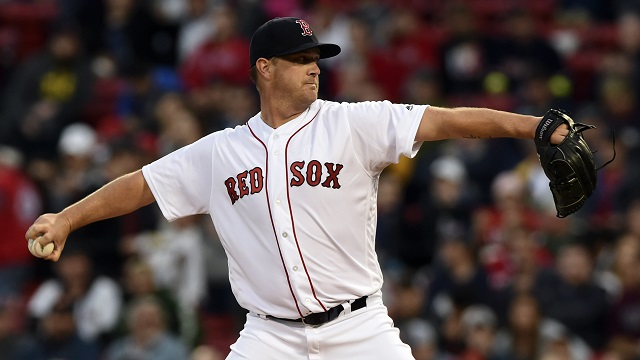 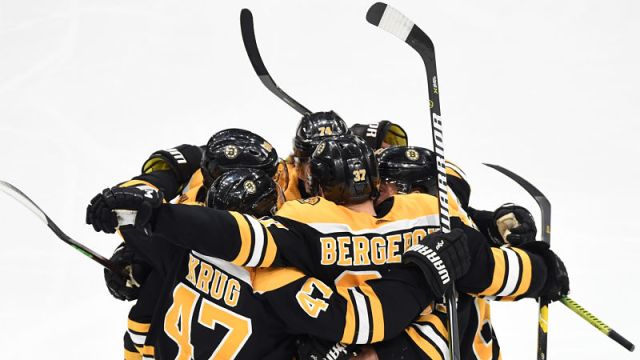