The Boston Bruins and St. Louis Blues will face off at 8 p.m. ET at TD Garden in Game 7 of the Stanley Cup Final. Fans will watch intently, as Boston seeks to lift the Stanley Cup for the first time since 2011, but NESN networks will help them gain insight into the biggest game of the year prior to puck drop and after the final whistle.

The Boston Red Sox also will be in action Wednesday at Fenway Park when they take on the Texas Rangers. Coverage will begin at 3 p.m. on NESN with “Red Sox First Pitch Live,” and “Red Sox Gameday Live” will follow at 3:30 p.m. First pitch of the Red Sox versus Rangers game is scheduled for 4 p.m. ET on NESN, and fans should watch postgame coverage immediately after the final out on NESN with “Red Sox Extra Innings Live” and “Red Sox Final Live.”

Here’s a rundown of Wednesday’s Bruins programming on NESN (all times Eastern): 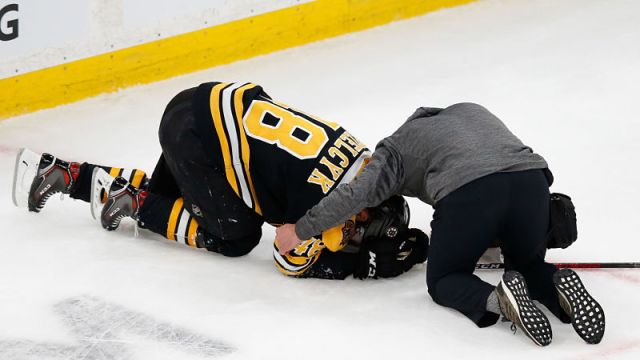