NBA Insider Theorizes This Player Was At Root Of Celtics' Chemistry Problems - NESN.com Skip to content

Given how much talent they had and how poorly they played, it’s clear the Boston Celtics had some chemistry issues this past season.

Entering the campaign with sky-high expectations, the Celtics floundered in a big way. Now, the offseason has been brutal, as Kyrie Irving all but certainly is leaving, while Al Horford reportedly will head elsewhere, as well.

So what exactly went wrong for the C’s? According to ESPN’s Jackie MacMullan, who is one of the most tuned-in reporters covering the Celtics, it started with Gordon Hayward. And it wasn’t a personality thing for Hayward, but rather the fact that Celtics head coach Brad Stevens kept trying to get the forward into a rhythm — many times unsuccessfully — as he worked his way back from a brutal ankle injury.

“You hate to pick on Gordon Hayward because he was coming back from injury and he was doing the best he could, but I really think that?s where it started,” MacMullan said Tuesday on NBC Sports Boston, as transcribed by the network. “They were force feeding him on his teammates, Brad knew Gordon well, he wanted to get his confidence back.

“I would contend that Brad Stevens would have done that for any player on that roster that had a catastrophic injury, he would want to fill him with that same confidence, but that?s not what happened,” MacMullan added. “He gave the benefit of the doubt over and over to a player that wasn?t ready, to a guy who had history with him, and it rankled that locker room, and it bothered that locker room.”

MacMullan later said: “I think (the other players) drew conclusions that probably weren?t even fair or accurate, but it doesn?t matter. If you feel that way, then it?s real.”

If that indeed is true, which there’s no reason to believe it isn’t, that is being a bad teammate to the worst degree. The Celtics absolutely needed Hayward to be better, sure, and there were players who had to sacrifice because of it (Terry Rozier has made that abundantly clear). But the reality is Hayward only can be blamed so much since coming back from an injury like the one he suffered is difficult, and expectations probably were unfairly high.

That said, with the roster set to look pretty different next season, the Celtics need Hayward to return to his All-Star form, no matter who is around him. 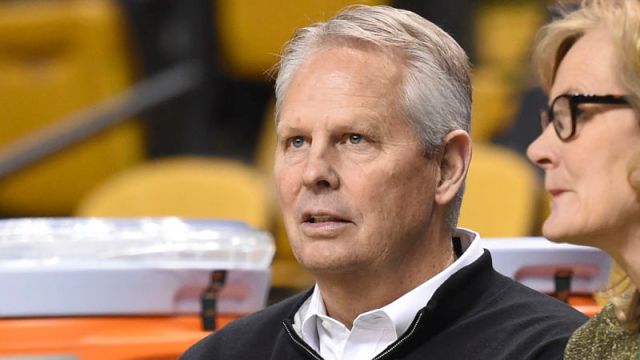