All signs currently point to Kyrie Irving heading to the Brooklyn Nets. That much has been made abundantly clear over the last two weeks.

The Boston Celtics’ front office hopes to receive some clarity on the situation, potentially before Thursday’s draft, as they plan to meet with the All-Star point guard to discuss his future, according to the Athletic’s Shams Charania. Here’s a portion of the report:

“All-Star Kyrie Irving, who has decided to opt out of his $21.3 million deal for next season to become a free agent, and top Celtics officials are expected to meet with him soon to discuss his future, league sources said. A potential meeting could occur before Thursday’s NBA draft sources said, as both sides could look for clarity ahead of the start of free agency on June 30.”

The belief that Irving would re-sign with Boston had reportedly “eroded” within the organization as of last week, but this meeting should make things clear between the two sides ahead of free agency.

The Celtics have a host of draft assets with three first-round selections (No. 14, 20 and 22). Whether this meeting impacts their trade plans for said picks remains to be seen, but the team should have a better idea of their strategy heading into June 30. 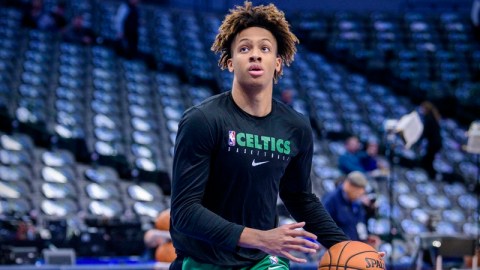