Danny Ainge never has been afraid to make a sizable splash during his time in the Boston Celtics front office.

It sounds like you can expect that trend to continue now that he has a chance to land arguably his biggest chip yet.

The Celtics reportedly are “engaged” in trade talks for Anthony Davis, who very well could find a new home this offseason. Great risk comes in trading for Davis, however, as his agent can’t stress enough that the superstar big man will test the free-agent waters next summer regardless of whether he’s moved in the coming months.

Rich Paul’s warning isn’t striking fear in Ainge, who apparently is more than open to the idea of swinging a blockbuster for AD. During a recent appearance on ESPN’s “Get Up!,” Adrian Wojnarowski explained why the C’s might view a Davis trade as a risk worth taking.

“Because certainly the stature of Anthony Davis, a player of that caliber. If you have a chance to acquire him, you’re gonna exhaust every possibility to see what a package would look like that maybe wouldn’t compromise your future,” Wojnarowski said. “There is great risk in trading for Anthony Davis. But I think in Boston, especially with Kevin Durant now out next season, does it give them a chance to reengage with Kyrie Irving and sell him on an Anthony Davis partnership in Boston, which is what they hoped would happen all along?

“Given that if Kyrie goes to Brooklyn or goes to the Knicks, he could have Kevin Durant there, hypothetically, but he wouldn’t have him next season. But Boston believes in its organization, the environment that players like to play there and they think they could sell Anthony Davis on a future. But there’s no question Anthony and Rich Paul have done a good job of depressing the market, getting some teams to hold back on offers because of the fear that it would be a one-year rental and he would walk to the Lakers. That’s what their job is to do, they’ve done a good job of that so far. But Danny Ainge is fairly undeterred on this one.”

There only are a handful of NBA players who are worthy of taking this great of a chance on. Davis is one of them, as is Kawhi Leonard, who the Raptors daringly dealt for last summer. Toronto now finds itself one win away from its first championship in franchise history and will have a legitimate chance to re-sign the star forward come July.

But if trading for Davis truly is on Boston’s to-do list, it might have another order of business to take care of beforehand. And luckily for Ainge, Irving reportedly still is considering the Celtics as free agency nears. 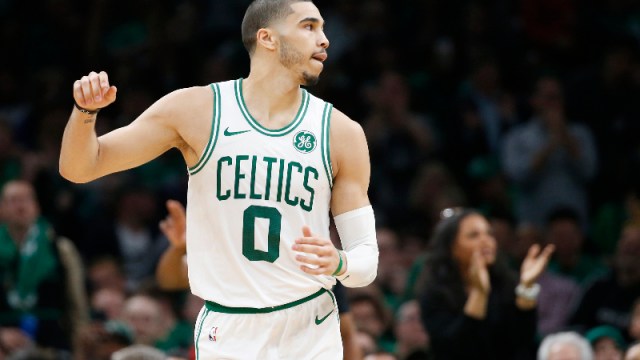 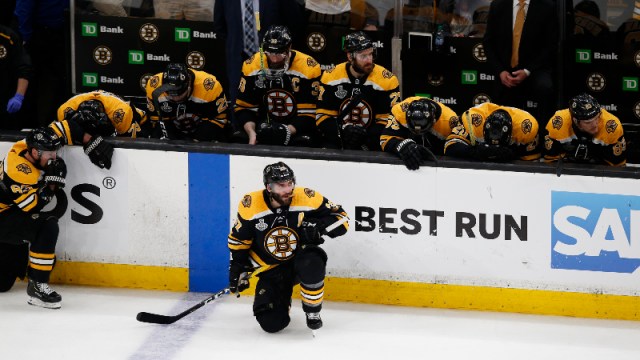