Barclays Center, home of the Nets, served as host for the 2019 NBA Draft. The Celtics’ first pick of the draft came in at No. 14, and Nets fans couldn’t help but troll Boston before it announced its top selection. In wake of recent events, the jabbing wasn’t all that surprising.

The motivation behind the chant, obviously, is two-fold. Not only does Irving appear bound to leave Boston, but also Brooklyn is looking like the most likely landing spot for the star point guard. It would be somewhat of a homecoming for the West Orange, N.J., native, who certainly could help take the Nets to the next level as a legitimate championship contender.

But Brooklyn fans probably shouldn’t count their eggs before they hatch. The Nets reportedly might backtrack on their pursuit of Irving if they’re unable to bring Kevin Durant on board as well. 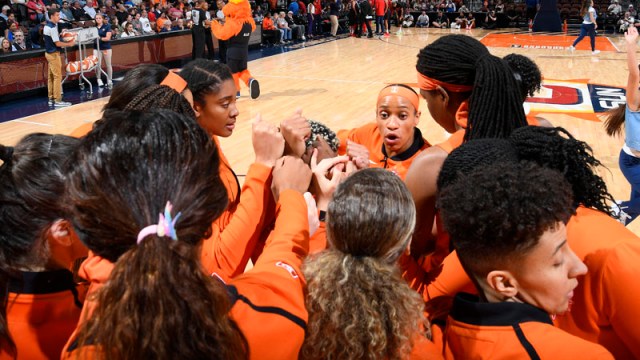