The Toronto Raptors are locked in an NBA Finals battle with the Golden State Warriors, but it appears Kawhi Leonard has an another battle of his own to take care of.

The star forward has reportedly filed a federal lawsuit against Nike, claiming that the corporation trademarked his logo as their own without his consent, according to Matthew Kish of the Portland Business Journal.

Breaking: Kawhi Leonard has filed a federal lawsuit against Nike. Leonard claims he designed the logo that appeared on his Nike apparel and Nike copyrighted the logo without his consent. pic.twitter.com/LRB0cRTOd0

Bottom line: Leonard wants control over the logo he claims he created.

Leonard, now with New Balance, has been on a tear during this postseason, leading the Raptors as far as they’ve ever been in franchise history. The 27-year-old is averaging 30.9 points and 9.1 rebounds on 49.6 percent shooting through 20 playoff games.

Of course, the Finals will remain at the forefront of Leonard’s focus, but once the season ends, his pending free agency and litigation will quickly take center stage. 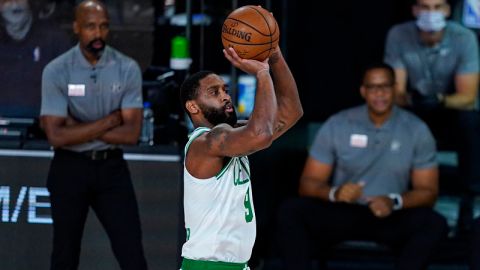