It wasn’t easy, but the Boston Red Sox split their series with the Texas Rangers.

The Red Sox collected all of their runs off homers by J.D. Martinez, Jackie Bradley Jr., Michael Chavis, Rafael Devers and Xander Bogaerts. They didn’t lead until the seventh, when Bogaerts clobbered the team’s fifth round-tripper.

Josh Smith earned his first career save in the victory despite getting himself into a bit of a jam.

GAME IN A WORD
Dingers.

The Red Sox chipped away at the Rangers’ lead until they jumped out in front for the first and final time in the seventh.

ON THE BUMP
— The Rangers got on the board in the first inning after Price began the game by hitting Shin-Soo Choo then issuing a walk to Delino DeShields. Elvis Andrus drove in Choo with a single to make it 1-0.

Hunter Pence made it 2-0 with a deep double to right field that bounced off the wall.

How mad would you be if you were Hunter Pence ? pic.twitter.com/zoO8QYHmeh

Price got the next two outs, but Logan Forsythe singled to bring in two more runs for a 4-0 lead.

The southpaw ran into more trouble in the second. Price hit Choo for the second time before giving up a double to DeShields. Andrus followed that up with a two-RBI single to make it 6-1 and chase Price from the game.

— Mike Shawaryn got the final two outs of the inning.

He pitched a 1-2-3 third with a strikeout before running into a bit of trouble in the fourth. Shawaryn got the first out but surrendered a walk to Choo. He committed a throwing error on a pick-off attempt before giving up another walk to DeShields. Choo and DeShields pulled off a double-steal to put runners in scoring position with one out.

Shawaryn struck out Andrus and was the last batter he faced.

— Colten Brewer walked Pence to load the bases but got out of the inning on a fly out.

— Travis Lakins got the ball for the fifth and walked Danny Sanata before striking Forsythe out. Santana was caught stealing for the second out before Mathis grounded out to end the inning.

— Brandon Workman loaded the bases in the seventh with two outs, but got out of the jam by getting DeShields to strike out to end the inning.

— Smith hit the first batter he faced and induced a ground out to get the lead runner, but Rougned Odor swiped second to put himself into scoring position. Nomar Mazara was caught looking at strike three before Choo was intentionally walked to get to DeShields, and it paid off when he flied out to end the game.

IN THE BATTER’S BOX
— Boston got one back in the bottom half of the first when Martinez sent his 13th home run of the season into the center-field seats.

.@JDMartinez14 crushes his 13th home run of the season! pic.twitter.com/izERukA56i

— Bradley brought the Red Sox back in the game when he hit a three-run shot to center after back-to-back singles from Xander Bogaerts and Christian Vazquez to make it 6-4 in the second.

— Chavis hit Boston’s third home run of the game in the fourth with a solo shot to left to bring the Red Sox within a run.

— Devers tied the game at six with his 10th home run of the season on an 82-mph slider.

— Boston threatened to take the lead in the sixth when Bradley led off the inning with a wall-ball double. Mookie Betts drew a two-out walk, but Benintendi ended the threat when he grounded out to end the frame.

— Bogaerts broke the stalemate in the seventh when he blasted a solo shot into the Green Monster for a 7-6 edge.

A *Monster* dinger for Xander. pic.twitter.com/HTsSpt9BKV

TWEET OF THE GAME
When you don’t have enough room for all the home run hitters.

We can?t post all our HR photos from tonight. pic.twitter.com/wzuyg2VO74

UP NEXT
The Red Sox travel to Baltimore to take on the Orioles for a three-game set beginning Friday night. First pitch from Camden Yards is slated for 7:05 p.m. ET. 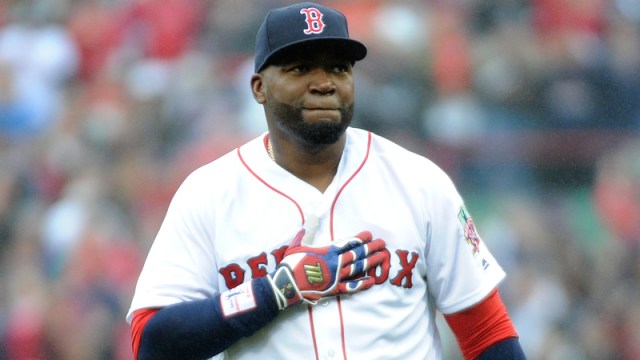 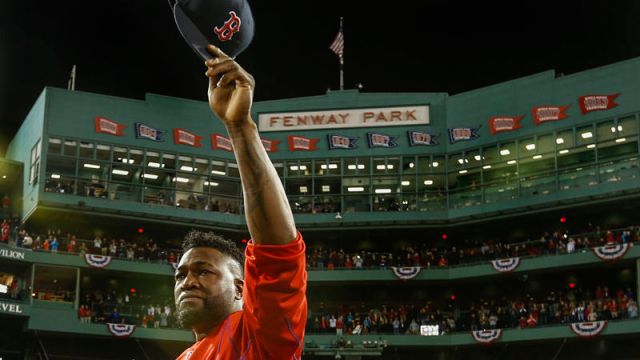