And Wednesday, they did it a third straight time, but a bullpen meltdown spoiled the comeback.

In the series finale of a three-game set at Fenway Park, the Red Sox fell behind early, but again were able to claw their way out of the hole, beating the ChiSox 7-6 in Wednesday’s matinee.

Down two in the eighth inning, the Red Sox scored three runs to take the lead — their first of the game. Xander Bogaerts capped off the comeback, singling up the middle to score two runs and put Boston ahead. Matt Barnes blew the lead in the ninth though, giving up a two-run homer to Jose Abreu.

GAME IN A WORD
Valiant.

Though they didn’t get much help from the pitching, the Red Sox offense did a nice job of fighting back, even if they did fall short.

ON THE BUMP
— Though he finished strong, it wasn’t a great showing from Chris Sale. The ace allowed five runs on six hits over six innings, walking one and striking out 10.

Sale’s outing was chaotic right out of the chute. Leury Garcia began the game with a single, then Yoan Moncada was hit by a pitch. Garcia came home the next at-bat on an Abreu double down the right-field line, which was followed up by a James McCann RBI-single to left to make it 2-0.

After Eloy Jimenez struck out, the first out of Sale’s day, Jon Jay singled to right to bring in Chicago’s third run. Sale walked Jose Rondon before retiring the next two hitters to keep the damage to three.

Following a 1-2-3 second inning, Sale ran into trouble again in the third. McCann smacked a homer to kick off the inning, then with two down and a runner on second, Ryan Cordell legged out an infield single that allowed Jay to score.

Sale got the final nine batters he faced out, retiring the side in order in the fourth, fifth and sixth. He ended his outing by striking out the side in the sixth.

— Marcus Walden took over in the seventh and allowed a leadoff single to Garcia, who moved to third on a Yolmer Sanchez sacrifice bunt and home on an Abreu single, putting the White Sox up 6-3. Walden didn’t allow another run the rest of the inning.

— Steven Wright, who was activated from the restricted list Tuesday, made his season debut in the eighth. He allowed runners to reach the corners with one out, but induced an inning-ending double play to end the frame without allowing a run.

— Barnes took over in the ninth, tasked with protecting a one-run lead and bombed.

Sanchez reached with a one-out single, then after a long battle, Abreu smacked a two-run homer to put Chicago back ahead.

It doesn't get more clutch than this! pic.twitter.com/Eofg5D8VQL

IN THE BATTER’S BOX
— In a 3-0 hole after the top of the first, the Red Sox added a pair of their own.

Rafael Devers hit a one-out single, and after a Bogaerts strike out, J.D. Martinez launched his 17th homer of the season to cut the deficit to 3-2.

We think that ball landed in Cleveland!

–Down 5-2 in the third, the Red Sox got another run back.

Devers began the inning with a double, then moved to third after a failed pickoff attempt at second from McCann. With runners on the corners and two down, White Sox starter Reynaldo Lopez threw a wild pitch and didn’t cover home, allowing Devers to score Boston’s third run.

— The Red Sox cut into Chicago’s three-run lead in the seventh.

Devers hit a one-out single and proceeded to score from first on a Martinez double to the wall in right field, trimming the deficit to 6-4. Jackie Bradley Jr. singled to left to put runners on the corners and keep the inning alive, but a Michael Chavis fly out ended the frame.

— Boston was down two runs at the beginning of the eighth, but by the time the frame ended it was ahead.

Eduardo Nunez hit a one-out single, then moved to third on a pinch-hit double from Brock Holt. Mookie Betts reached on a fielder’s choice, as Rondon tried to throw Nunez out at home on Betts’ chopper to third. The throw wasn’t in time though, bringing the Sox within one.

Devers recorded the second out but moved both runners into scoring position as a result, and Bogaerts came through with a two-RBI single to center, putting the Sox ahead 7-6.

With their lead erased, Bradley began the ninth with a walk, which was followed up by a Chavis fly out, Vazquez line out and Nunez ground out to end the game.

— Nunez, Holt, Sandy Leon and Marco Hernandez each had one hit.

— Betts went hitless, as did Christian Vazquez in his pinch-hit at-bat.

That means Sale will go at least an entire calendar year without a win at home. He's deserved better in a few of the NDs, but that's a crazy stat.

UP NEXT
The Red Sox now will travel across the pond to London, where they’ll face the New York Yankees for a two-game set beginning Saturday. First pitch from London Stadium is set for 1 p.m. ET. 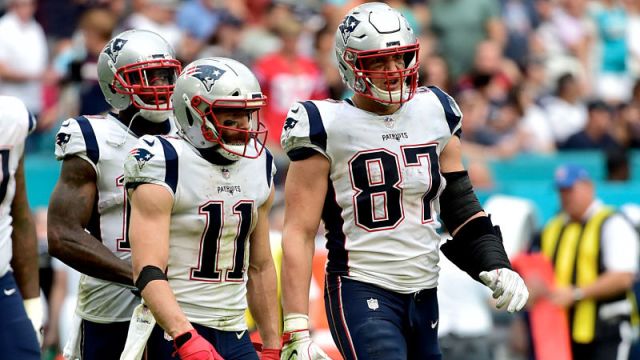 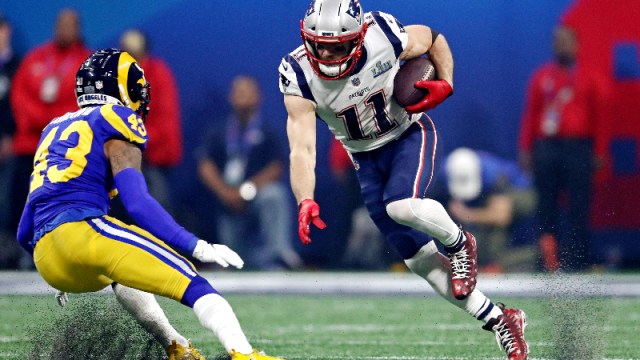 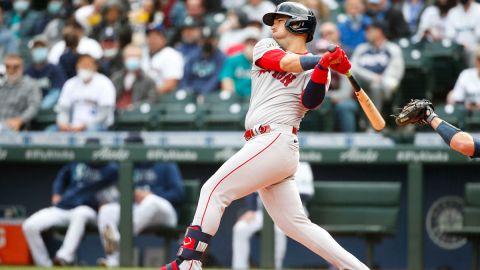 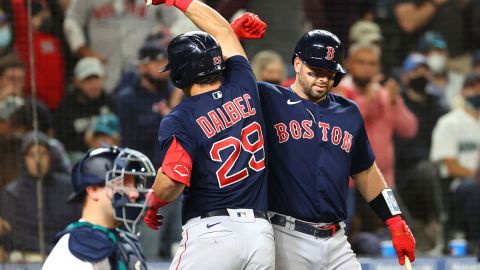 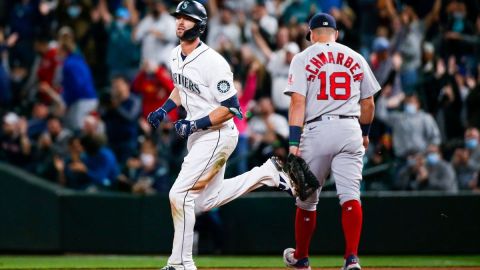 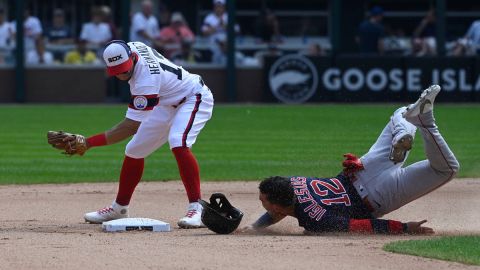