Luke Bryan played at Gillette Stadium for the fourth time on Friday night as part of his “Sunset Repeat Tour.” The show kicked off Gillette’s 2019 Concert Series.

Bryan brought out Gronkowski as a surprise guest about halfway through the set, much to the appeal of the sold-out crowd. The country singer told the crowd there was “someone who wanted to come out and say hello,” before Gronk came on stage to a loud ovation.

Bryan had Gronkowski run out for a pass but overthrew the pro-bowl tight end before completing their second attempt.

(You can watch a video of Gronk attempting to catch a pass from Bryan here.)

We think it’s fair to say no matter where Gronkowski shows up in New England, he’ll always get a warm welcome. 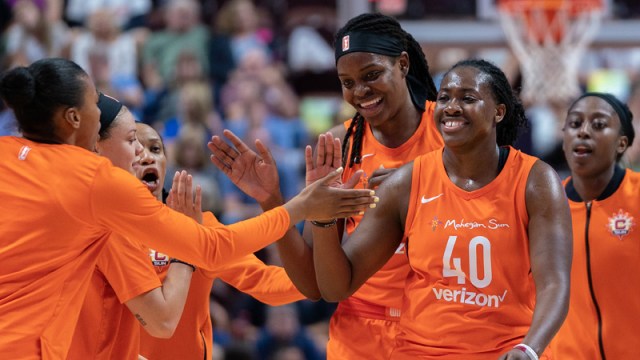