Cutting Austin Seferian-Jenkins was a sneaky big deal for the New England Patriots.

And that really has nothing to do with Seferian-Jenkins’ talent level. Reported personal issues aside, the big tight end was no guarantee to make the Patriots after having caught just 11 passes for 90 yards in five games before getting hurt on a Jacksonville Jaguars team that stunk last season.

But combine Seferian-Jenkins’ release Tuesday with Ben Watson’s four-game suspension to start the season, and now we not only have to lock Matt LaCosse into a roster spot, that also means one of Stephen Anderson, Andrew Beck and/or Ryan Izzo is guaranteed to make the 53-man roster.

Unless the Patriots make a move.

The Patriots could keep two or three tight ends to start the season. They can probably get by with just two until Watson returns, but they usually prefer to roster three players at that position.

The Patriots clearly like LaCosse, who’s regularly running with the first-team offense in spring practices. Anderson was on the practice squad for most of last season, is 6-foot-2, 230 pounds and is really just a wide receiver with a flex tight end’s position label. Beck is an undrafted free agent, and Izzo was a 2018 seventh-round pick who caught the Foxboro flu and was redshirted as a rookie.

That’s a motley crew of tight ends, and after cutting Seferian-Jenkins, it would make loads of sense to fill his roster spot with another player at that position. So, who’s out there?

The most interesting option is New Hampshire native Ryan Griffin, who recently was cut by the Houston Texans. He’s a big target at 6-foot-6, 255 pounds and played in a system similar in Houston under head coach Bill O’Brien.

There are three other guys out there who know the system: former Patriots Michael Hoomanawanui, Matt Lengel and A.J. Derby.

Derby was traded by the Patriots to the Denver Broncos for a fifth-round pick — a really nice haul at the time — before the 2016 NFL trade deadline.

The Patriots have brought back three of their former players this offseason in Jamie Collins, Ben Watson and Brandon Bolden. It’s not out of the realm of possibility that they could do it again with Hoomanawanui, Lengel or Derby.

Some other notable players available include Jermaine Gresham, Dion Sims, Antonio Gates, Lance Kendricks and converted offensive tackle Jake Fisher. The players available are far from nobodies, and adding Griffin, who recently had vandalism charges dropped, seems to make sense on the surface. 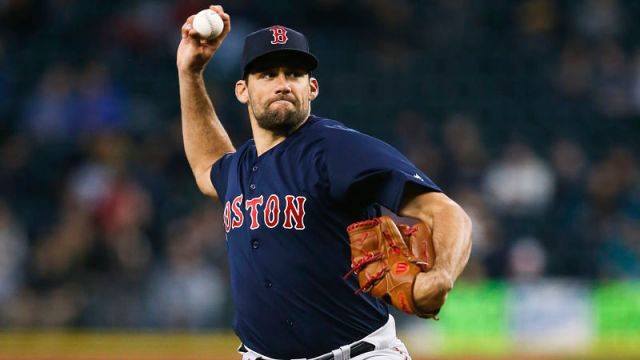 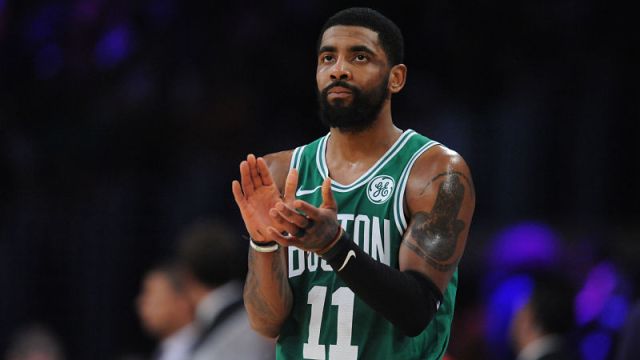 NBA Rumors: Kyrie Irving Has Given ‘Every Indication’ He Wants To Sign With This Team