Final, 13-0 USA: The United States kicked of its World Cup title defense in the most emphatic manner possible.

The biggest victory in #FIFAWWC history.

Having carried a 3-0 lead into halftime, USA exploded with 10 more goals in the second period to rewrite the FIFA World Cup record books. USA broke Thailand’s resolve, and its resistance soon wilted away.

The result reflects the balance of play, as Thailand never played the protagonists’ role and simply was at the mercy of USA and the clock.

Alex Morgan is the player of the game, largely due to her record five goals and three assists.

USA tops Group F after one game thanks to its healthy goal differential.

Group F, after one round of fixtures:

USA will face Chile at Noon ET, and Thailand will face Sweden at 9 a.m. ET on Sunday in the second Group F games.

NO MERCY! ?@CarliLLoyd was not going to come up empty on a record-setting night for the @USWNT. pic.twitter.com/ifWl0kgYIn

The @USWNT ties the all-time record for biggest World Cup win as @malpugh gets in on the fun in her 1st #FIFAWWC game pic.twitter.com/C2NrVyH3L2

Come for the @mpinoe goal, stay for the celebration ? pic.twitter.com/DhF7Th17qj

74th minute, 8-0 USA: Alex Morgan adds to the USA’s epic tally with her third goal of the game.

67th minute, 7-0 USA: Not content with a seven-goal lead the U.S. continues to pressure Thailand and create scoring chances. Thailand goalkeeper Sukanya Chor Charoenying denies the Americans’ efforts with a flurry of saves in quick succession.

60th minute, 7-0 USA: We’re on the cusp of a new record goal tally for USA in a Women’s World Cup game, and this team has 30 minutes to make history.

#USWNT ties its most goals in a #FIFAWWC game!

LAVELLE AGAIN!@roselavelle matches Sam Mewis with a brace of her own and it is SEVEN for the @USWNT ?? pic.twitter.com/aAA9DH643v

55th minute, 6-0 USA: This game officially is a blowout, as Samantha Mewis puts USA up by six.

DREAM DEBUT FOR MEWIS! @sammymewy scores her 2nd goal of her #FIFAWWC debut for the @USWNT's 6th. ? pic.twitter.com/WhTAhnD6pR

The rout is on!

Alex Morgan?s 5th career #FIFAWWC goal gave the @USWNT a 5-0 lead on Thailand early in the 2nd half pic.twitter.com/idp7TgXoUB

After receiving Megan Rapinoe’s pass, Mewis powerful shot deflected off a defender and into Thailand’s goal.

It’s a historic goal, too.

800 ? Samantha Mewis? goal for USA was the 800th goal scored in FIFA Women?s World Cup matches, with USA responsible for 116 of them ? more than any other team. Monsters. #FIFAWWC

Halftime, 3-0 USA: That’s the end of the first period.

The U.S. clearly means business in France as it explodes to a three-goal advantage in its opening game. Morgan’s, Lavelle’s and Horan’s goals highlight a period, which the United States controlled from start to finish. In fact, USA could have scored five or six goals had the referees heeded penalty appeals or Thailand defended less courageously at the end of the half.

Three stars on the jersey and three goals in the match. #USATHA | #FIFAWWC pic.twitter.com/R98kMD89H9

45th minute, 3-0 USA: There will be two minutes of stoppage time in the first half.

USA continues to threaten Thailand’s goal, but a series of saves and blocks inside the penalty area preserves the current scoreline.

The referee also could have awarded the United States a penalty after this heavy challenge on Lindsey Horan but she declined to do so.

32nd minute, 3-0 USA: There’s the third goal for the USA. Lindsey Horan does the honors.

It's going pretty well for the #USA so far…#USATHA 3-0 | #FIFAWWC pic.twitter.com/Q2S1zdhJ7X

Tobin Heath whipped a free kick into Thailand’s six-yard box. It deflected off Samantha Mewis but bounced kindly to Horan, who fired it home from close range.

IT'S THREE! ??????@LindseyHoran pounces on the loose ball in the box off a Tobin Heath free kick. #FIFAWWC pic.twitter.com/73zdchSWeA

Jill Ellis’ team has a 76 to 24 percent advantage in possession and has eight shots on goal. Thailand has no shots.

22nd minute, 2-0 USA: Samantha Mewis goes down in Thailand’s penalty area, but the referee declines to award a penalty kick, and VAR confirms the decision.

She ran onto Alex Morgan’s layoff pass and hit a powerful left-footed shot from 20 yards past Thailand goalkeeper Sukanya Chor Charoenying, who should have stopped the effort.

YES WE WILL ACCEPT THIS ROSE! ?@roselavelle doubles the @USWNT lead with a sweet strike from distance ?? pic.twitter.com/52BmByOjLw

She headed home Kelly O’Hara’s cross at the back post after Thailand center back Natthakarn Chinwong jumped to clear the cross but failed to make contact on it.

This one counts! @AlexMorgan13 scores her 4th career #FIFAWWC goal to give the U.S. the early lead on a @Kelleymohara assist. ?? pic.twitter.com/hiCgNcLYbr

Morgan hadn’t scored in her last 302 minutes of action, according to Opta. She breaks her three-plus-game goal drought against a team she enjoys facing.

? – Alex Morgan (+1) has now scored 3 goals in 2 matches against Thailand, after netting a brace in 2016 against them #FIFAWWC

Ninth minute, 0-0: The U.S. has controlled possession and applied pressure throughout the opening phase, registering three shots on goal in the first five minutes. Yet, the score remains goal-less.

Fifth minute, 0-0: USA thought it had scored after Alex Morgan tapped in Lindsey Horan’s header, but the referee’s assistant ruled her offside and disallowed the goal.

The @USWNT almost takes an early lead on Horan's header, but Morgan gets a final touch while in an offside position. pic.twitter.com/nLvdCXXivQ

Kickoff: The national anthems have played, and USA versus Thailand now is underway.

Pregame: Here are the starting lineups.

ICYMI | Here's the teams for tonight's final match – #USA vs #THA in Reims!

Meanwhile, in Reims, we have our team news for #USATHA! ????#FIFAWWC pic.twitter.com/lPVQBnaLSd

2:30 p.m. ET: The U.S. women’s soccer team’s first kick toward glory will take place in a matter of minutes.

Team USA will face Thailand on Tuesday in Reims, France, in their opening game of the 2019 FIFA Women’s World Cup. The Group F clash pits the reigning champions against a team that made its World Cup debut just four years ago.

The United States defeated Thailand 9-0 in September 2016 in the teams’ last meeting.

USA versus Thailand is scheduled to kick off a 3 p.m. ET. Stay right here for score updates and highlights from the game. 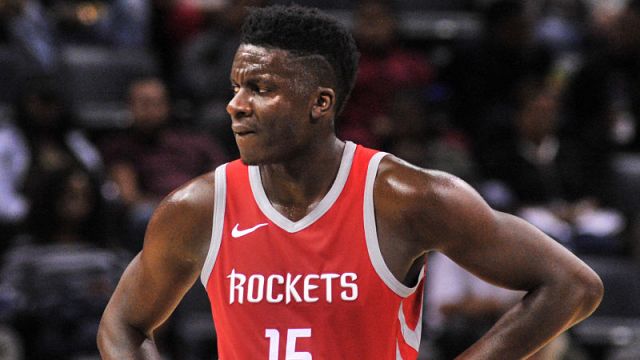 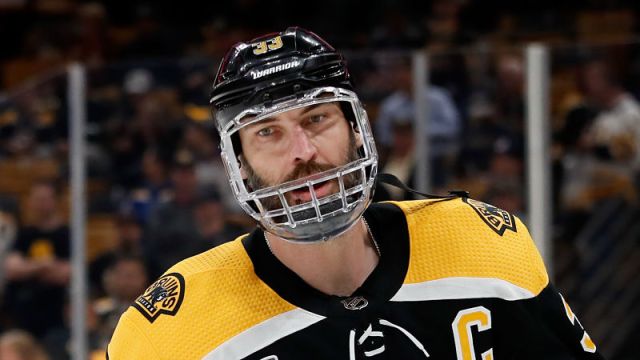