Why Zdeno Chara Returned To Bench After Injury But Didn't Play In Game 4 - NESN.com Skip to content

In the second period of the B’s 4-2 loss to the St. Louis Blues in Game 4 of the Stanley Cup Final, Zdeno Chara left the game after taking a puck to the mouth, which resulted in a pretty bloody scene.

Chara didn’t return the rest of the period, but he did appear on the bench to begin the third with a full mask. That naturally led to the belief that he’d end up playing in the final period, however he did not take a single shift, despite being on the bench the entirety of the period.

After the game, Bruins head coach Bruce Cassidy explained why Chara even was on the bench but didn’t play.

“He wanted to come out on the bench and be with his teammates, that’s why he was out there,” Cassidy said in his postgame press conference, as seen on a CLNS Media live stream.

“I don’t want to get into the nuts and bolts of it, the conversation was short,” Cassidy added. “He was getting work done, we were going out on the ice. The trainers come to me and said (he’s) done for the night. Question was asked that he’d like to sit with his teammates, and I’m like ‘medically if he’s able to do that then that’s fine.’ Typically on these injuries, coaches, well at least in our case, we follow the advice of the medical staff 100 percent of the time. And we did in this case and they said it was OK for him to sit on the bench and that’s what took place. That’s about all I got on that.”

Cassidy also indicated that Chara’s status for Game 5, which will be Thursday at TD Garden, is uncertain. 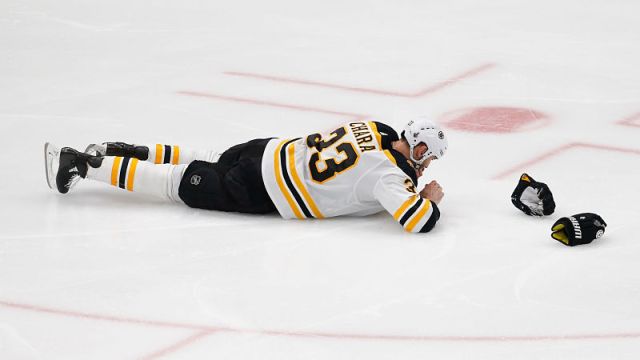 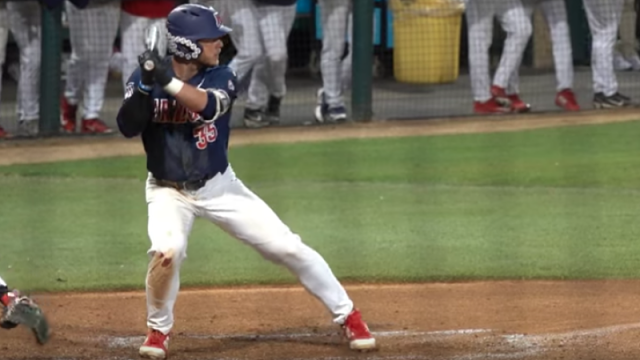