The United States Women’s National Team defeated England 2-1 on Tuesday to move on to the FIFA Women’s World Cup Final for the third consecutive time, and Alyssa Naeher had a pretty big game in goal for the US.

Naeher made the save of the game as she stopped a late penalty kick by England’s Stephanie Houghton in the 84th minute. Teammate Alex Morgan, who scored a goal in the win, and ticked off some salty England fans in the process, perfectly summed up Naeher’s performance following the game.

“Alyssa Naeher … obviously, like, she saved our ass,” Morgan said as transcribed by NBC. “Sorry, excuse that, but she saved our butts today.”

Becky Sauerbrunn also had some nice things to say about her goalkeeper after the defender was the one called for the penalty that led to England’s opportunity.

“To celebrate with her after the match, that was huge. We’ll talk about that save for years,” said Sauerbrunn according to ESPN.

If Naeher had not stopped that penalty kick, the US may have failed to move on to the World Cup Final. The USWNT will face the winner of Sweden/Netherlands, who are set to play at 3 p.m. ET Wednesday, on Sunday morning. 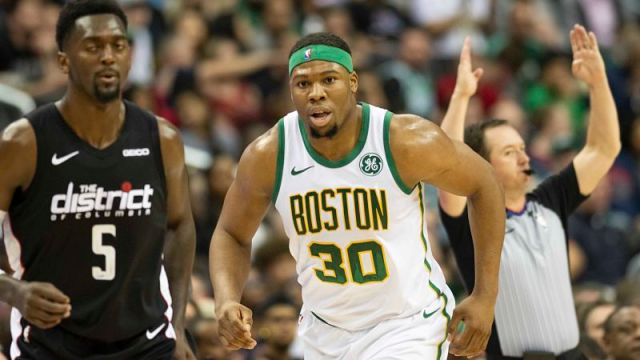