Oh well, Twitter nearly is unanimous on this, so we’ll take the L.

ORIGINAL STORY: Moments after the United States Women’s National Team sent American soccer fans into a frenzy of jubilation, Bleacher Report sent them into one of bewilderment and confusion.

The USWNT beat the Netherlands on Sunday to win the 2019 FIFA Women’s World Cup. It’s the second straight title for the Americans and fourth overall.

Shortly after the final whistle, Bleacher Report tweeted a photo of the USWNT along with … a bunch of other people. The tweet went viral within seconds, but was deleted roughly 10 minutes after publication.

As you’ll see in the screenshots below, making sense of the image is not an easy task: So, let’s take a crack at identifying everyone in that picture.

For those keeping score at home, that’s two people we weren’t able to identify. We’re pretty sure that guy in the middle is Waka Flocka Flame, though.

Honestly, it’s a shame B/R was cyber-bullied into deleting that tweet. For better or for worse, it was one of the more polarizing and fascinating images Twitter ever has seen.

Oh well. Here’s hoping we get a sequel when the USWNT (likely) repeats in 2023. 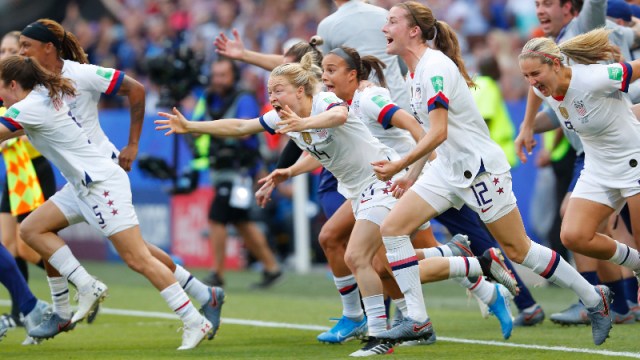 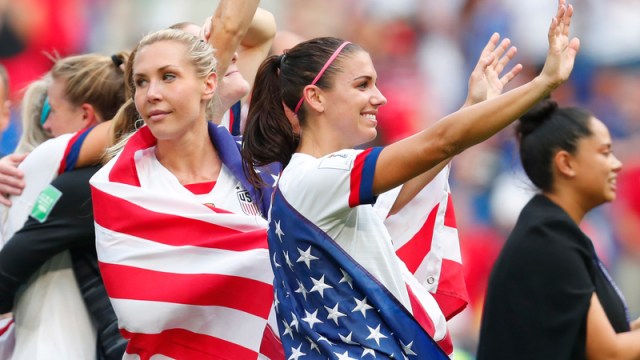