NBA free agency picked up a ton of steam early Saturday morning, with Kawhi Leonard kicking off the next wave of moves around the league.

Leonard, who agreed to a max deal with the Los Angeles Clippers, served as the last of the major free agents to reach a deal and triggered many other minor moves. The Lakers, who lost out on the Kawhi sweepstakes for a couple of reasons, are on the warpath to shore up some deficiencies on their roster, particularly when to comes to depth.

L.A. reached deals with Danny Green, DeMarcus Cousins and Rajon Rondo and have elected to also bring back JaVale McGee and Kentavious Caldwell-Pope.

But Marcus Morris now sits as one of the biggest names left unsigned, and many were pushing for the former Celtic to jump on board the Purple and Gold train. But luckily for Celtics fans, Morris shut that idea rather quickly on Twitter.

Watching Al Horford bounce for the Philadelphia 76ers was enough of a hit for C’s fans this offseason. So, this has to be a bit of a relief. 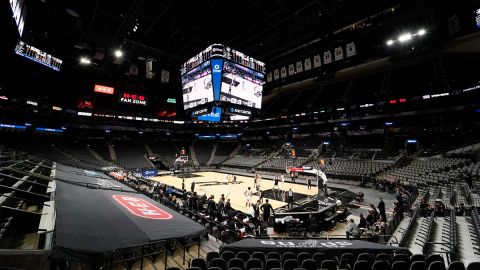