The New England Patriots’ quest for a seventh Super Bowl title begins in earnest this week with the commencement of training camp.

Ahead of the team’s first practice Thursday morning, we compiled 10 important questions that need answering this summer.

1. How do the Patriots replace Rob Gronkowski?
Filling the voids left by Trey Flowers and Trent Brown will be priorities for the Patriots, but no offseason loss was greater than that of Gronkowski, The surefire Hall of Fame tight end who opted to retire this spring at age 29, walking away as one of the NFL’s most dangerous and physically imposing offensive weapons throughout his nine-year pro career. A midseason return to the field remains a possibility, but the Patriots enter camp with a massive question mark at the spot he previously occupied.

Matt LaCosse, Ryan Izzo, Stephen Anderson and undrafted rookie Andrew Beck are the four players currently vying for top tight end duties, at least until 38-year-old Ben Watson returns from his PED suspension in Week 5. (Watson is allowed to participate in training camp and play in the preseason.) That quartet has combined for just 63 career NFL receptions and none for New England.

LaCosse saw consistent reps with the first unit during spring practice after coming over from the Denver Broncos in free agency and projects at the favorite to win the No. 1 job. Izzo played well last summer as a seventh-round rookie and might have earned a roster spot had he not suffered an injury late in the preseason. Anderson, undersized at 6-foot-3, 230 pounds, is angling for a larger role after spending most of last season on the practice squad. Beck has the longest odds of the group, but the Texas product did command the most guaranteed money of any 2019 Patriots UDFA.

2. Can N?Keal Harry live up to the hype?
The Patriots broke with tradition when they selected Harry 32nd overall in the 2019 NFL Draft, taking a receiver in the first round for the first time in the Bill Belichick era. Expectations are sky-high for the former Arizona State standout, whose physicality and ability to make contested catches ideally would help soften the blow of Gronkowski’s departure. And with No. 1 wideout Julian Edelman and veteran newcomer Demaryius Thomas both sidelined to start camp, Harry should see plenty of early reps as he acclimates to the NFL.

New England’s receiving corps as a whole will be fascinating to watch this summer, as only Edelman, Harry and special teams captain Matthew Slater can be considered stone-cold roster locks at this point. Returning contributor Phillip Dorsett has a strong chance of sticking around, as well, and Maurice Harris boosted his stock considerably with an excellent showing in minicamp.

3. Is Isaiah Wynn ready to take over at left tackle?
The Patriots evidently believe so. After missing his entire rookie season with a torn Achilles and sitting out team drills during minicamp, the 2018 first-round draft pick will begin camp on the active roster. He doesn’t have much competition for Brown’s old spot, either — the Patriots declined to sign another proven veteran following Jared Veldheer’s swift retirement, leaving Cole Croston, Dan Skipper, Cedrick Lang and rookies Yodny Cajuste (third round) and Tyree St. Louis (UDFA) as their only reserve tackles behind projected starters Wynn and Marcus Cannon. Left guard Joe Thuney filled in at left tackle during the spring, so he could be another option there if Wynn struggles or hits a setback.

4. Can Sony Michel stay healthy?
Michel is coming off one of the most productive rookie seasons ever by a Patriots running back, but knee issues continue to hound the 2018 first-rounder. Michel was placed on the physically unable to perform list Sunday after undergoing arthroscopic surgery this offseason meaning he’ll miss at least part of training camp for the second consecutive year.

Rookie Damien Harris — a surprise selection when the Patriots nabbed him in the third round this April — stands to benefit most from Michel’s absence. The Alabama product saw an uptick in reps during spring practice with Michel sidelined. Injury concerns also could prompt New England to keep five running backs on their 53-man roster — Michel, Harris, James White, Rex Burkhead and the special teams-focused Brandon Bolden — after carrying just three for much of last season.

5. Can Michael Bennett be the new Trey Flowers?
The Patriots lost their undisputed top pass rusher when Flowers signed for big money in Detroit, but they landed a nice consolation prize in Bennett, who had an impressive one-year stay in Philadelphia. Bennett’s nine sacks for the Eagles last season were more than any Patriot has recorded since Chandler Jones put up 12 1/2 in 2015, and no Pats defender has matched Bennett’s 2018 totals of 15 tackles for loss or 30 quarterback hits since the NFL began recording QB hits in 2006.

New England also is hoping third-round draft pick Chase Winovich (five sacks, 17 TFLs for Michigan last season) can provide some oomph in the pass-rush department. We’ll get a better feel for these edge rushers and the rest of the front seven once padded practices begin this weekend.

6. What?s Jamie Collins? ceiling?
Will Collins ever regain the Pro Bowl/All-Pro status he enjoyed during his first Foxboro go-round? Probably not. But the veteran linebacker has looked good thus far and appears to have a real chance of playing a significant role this season after returning from a mediocre two-and-a-half-year stint with the Cleveland Browns.

Limiting mental miscues and lapses in effort is critical for the 29-year-old former phenom, who still possesses enviable athleticism and versatility. If Collins, who ran with the first-team defense during minicamp, can stick to his assignments and become a reliable contributor, he’ll be a nice addition to a formidable linebacking corps that also features Dont’a Hightower, Kyle Van Noy, Elandon Roberts and promising 2018 draft pick Ja’Whaun Bentley.

7. How will the backup QB competition play out?
The most likely outcome of the Patriots’ roster battle behind center is Tom Brady starting (obviously), Brian Hoyer staying on as Brady’s top backup, fourth-round rookie Jarrett Stidham serving as QB3 as he develops his game and Danny Etling falling victim to roster cuts. It is possible, though, Stidham beats out Hoyer this summer, allowing the Patriots to save a roster spot by carrying just two QBs. The Auburn product’s development will be closely monitored in the coming weeks.

Etling’s chances of cracking the roster are extremely slim, but he did make an effort to boost his value by playing on special teams this spring. Perhaps the coaching staff will have additional plans for the 2018 seventh-rounder, whose signature NFL highlight to date is an 86-yard touchdown run last preseason.

8. Which cornerbacks make the cut?
Difficult roster cuts could loom at the cornerback position. Stephon Gilmore, Jason McCourty, J.C. Jackson and 2019 second-round pick Joejuan Williams all are locks, and Jonathan Jones and Keion Crossen both have made valuable contributions to Super Bowl-winning teams.

The wild card is Duke Dawson, the 2018 second-rounder who didn’t play a snap as a rookie despite returning from injured reserve in November. The Patriots never have begun a season with seven corners on their roster, so Dawson, who primarily plays in the slot, must prove he deserves to stay over Jones or Crossen — two stud special teamers. If Dawson is up to the task, the Patriots could look to trade Jones, who showed off his versatility by playing safety against the Los Angeles Rams in Super Bowl LIII.

9. Who wins the punter battle?
For the second straight summer, incumbent Ryan Allen must fend off a challenger in order to keep his spot on the 53-man roster. This year’s hopeful has a much stronger case than Corey Bojorquez, the undrafted rookie Allen easily vanquished in 2018. The Patriots traded up in the fifth round this spring to draft Stanford’s Jake Bailey, who is not only younger and cheaper than Allen but also has extensive kickoff experience, which the team could utilize to lighten 35-year-old Stephen Gostkowski’s workload.

On a semi-related side note, the Patriots also need a new kick returner following Cordarrelle Patterson’s offseason exit. Candidates for that include Berrios, Burkhead, Dorsett, Olszewski, both Harrises, Devin McCourty and possibly Michel, who was Patterson’s No. 2 last season but whose aforementioned injury history makes him a less-than-ideal option.

10. Will the undrafted rookie streak continue?
At least one UDFA has cracked the Patriots’ Week 1 roster in each of the last 15 seasons — a group that includes current Pats Allen, Jones, Jackson and center David Andrews. Our pick this year: Meyers, an incredibly productive slot receiver at N.C. State who received some extra attention from Brady and offensive coordinator Josh McDaniels during minicamp.

The best story in this new UDFA crop belongs to Olszewski, who’s attempting to make the Patriots’ roster as a wide receiver/return man after playing cornerback at Division 2 Bemidji State. 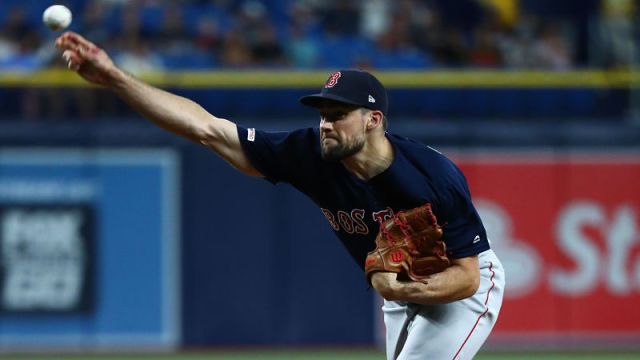 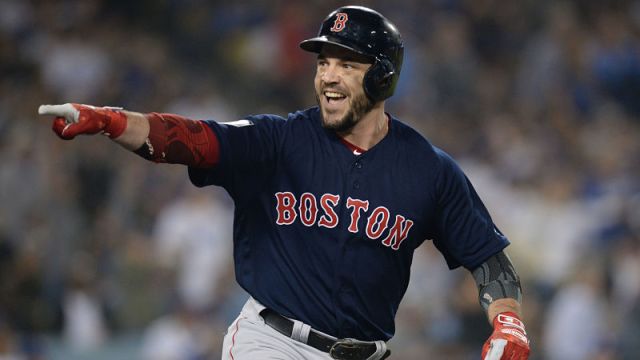