Alex Cora continues to know exactly when to pinch-hit during a game.

The Red Sox manager made the right move Tuesday night when he replaced Mitch Moreland with Christian Vazquez in the seventh inning of Boston’s game against the Tampa Bay Rays.

Vazquez delivered the go-ahead solo home run to help lead his team to a 5-4 win over Tampa Bay at Tropicana Field. The catcher has been clutch for the Sox this season behind the plate, at the dish and also at first base when called upon.

But for Vazquez, he’s just happy to help his team get the W.

“I was in the cage getting ready … they called me and I’m ready,” he told NESN’s Guerin Austin after the game. “It was fun to hit the homer and get the win.”

As for Cora, he felt Vazquez was a good matchup against Rays reliever Colin Poche.

“We wanted to stay away from Michael (Chavis), that’s why we didn’t hit for Brock (Holt) in the inning before,” Cora said on NESN’s postgame coverage. “And we felt the lefties were taking good hacks since yesterday against him. But when it was Mitch against him, I felt it was a good matchup for (Vazquez). If something happens then we hit for Sandy in the ninth spot and we got the first baseman and the catcher. … He put a good swing … got on top of it and hit the ball out of the ballpark.”

The pinch-hitters have been coming in clutch for Boston this season. They’re batting .368 with five doubles and as many home runs, 15 RBIs and 11 runs.

— The win tied the Red Sox and Rays for second place in the American League East and now are 10 games above .500 — something Cora said was a goal for the team earlier in the season.

“It seems like it’s been an eternity to get to 10,” Cora said. “But we know where we’re at now. … If it’s something that we learned it’s we can catch up with people. We already won the series, we got David (Price) tomorrow. We have a chance to sweep to move on and go home.”

— Chris Sale tossed six innings and struck out 10. He fanned four of the first six batters he faced, including fooling Michael Brosseau on a nasty slider. He moved to 5-9 on the season and reached double-digit strikeouts for the 12th time this season.

“He’s healthy which is the most important thing,” Cora said. “And he was making pitches so we trusted him. He’s been having conviction the whole season, it’s just a matter of executing pitches. I know he’s been hard on himself … he’s a guy that shows up every day, prepares and whenever he gets the ball we trust him. The stuff was great. That’s a good-hitting ball club and he made pitches and did an outstanding job.”

— Moreland went 0-for-2 in his return to the lineup.

— Andrew Benintendi continues to put good at-bats since making some adjustments this week.

The left fielder went 2-for-4 with two RBIs Tuesday night.

— J.D. Martinez has been finding his groove at the dish after falling into a bit of a slump.

The slugger has two doubles, one home run, six RBIs and four runs while going eight of his last 18 in his last four games.

— Michael Chavis did end up pinch-hitting in the game after missing the previous two with back spasms.

He struck out in his lone appearance. 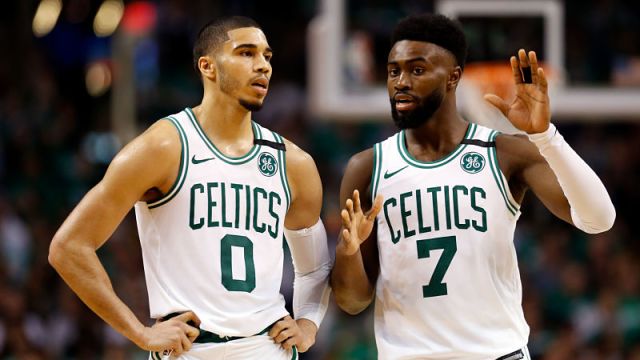 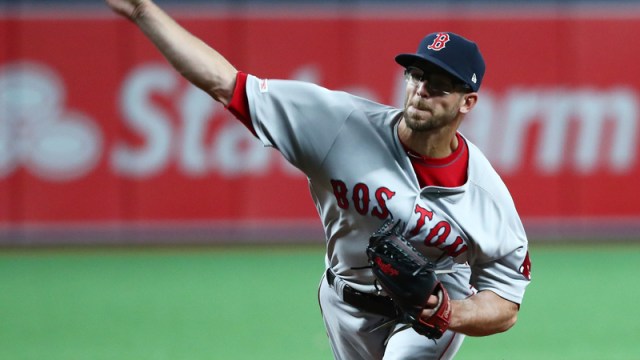 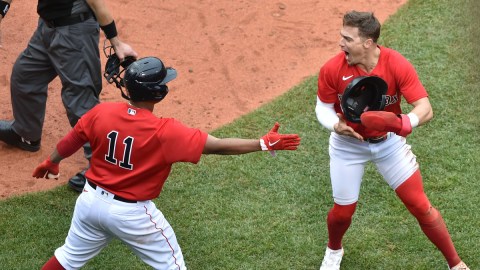 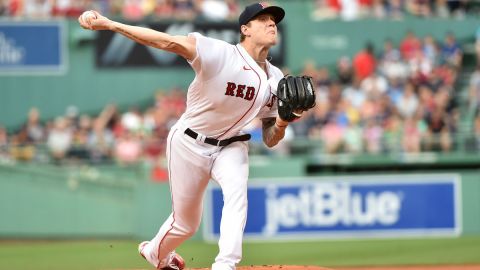