The Boston Celtics addressed their need at point guard at the turn of NBA free agency, but should they double down by acquiring another All-Star at the position?

Russell Westbrook reportedly has become the latest superstar available for trade as the Oklahoma City Thunder shift toward a rebuild. The Celtics don’t exactly need Westbrook, but his addition sure would make for an interesting backcourt alongside the recently acquired Kemba Walker.

In a recent column for Sports Illustrated, Michael Shapiro laid out how the C’s might be able to reel in Westbrook.

“Boston may be the most intriguing landing spot if Danny Ainge continues to reshape the Celtics roster,” Shapiro writes. “The Celtics could offer a potential deal around Gordon Hayward and Jaylen Brown, choosing to pair Westbrook with the recently acquired Kemba Walker. Or they could wait until 2020 and deal for Westbrook as an upgrade over Walker. Westbrook lifts the Celtics’ ceiling back into the Finals conversation while Walker?s limitations will likely end the Cs? season by mid-May. Ainge could make his second bold point guard upgrade in three years after swapping Isaiah Thomas for Kyrie Irving in 2017.”

One has to imagine the Celtics would be open to parting ways with Hayward in the right trade, as the veteran forward owns an awfully high price tag and might never return to being the All-Star player he once was. The franchise surely would be much more hesitant to trade Brown, who’s quickly established himself as one of the league’s best young two-way players.

As for postseason projections, Shapiro might be shooting a bit high. Westbrook has a Finals appearance and three other trips to the Western Conference finals on his résumé, but all of those Thunder teams featured Kevin Durant. Life after KD hasn’t seen much team success for Westbrook, as OKC suffered first-round playoff exits in each of the last three seasons. Westbrook’s talent is undeniable, but the jury still is out if he’s capable of being the No. 1 option on a championship team. 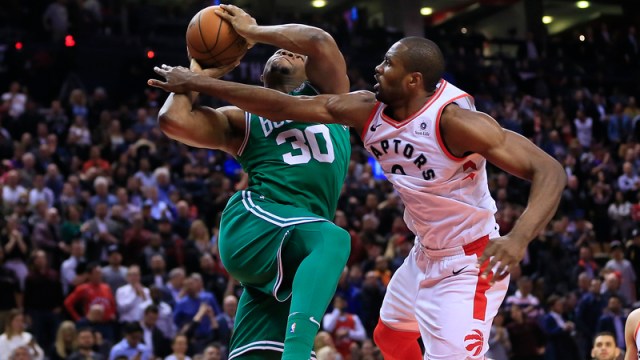