Last we heard, and it really wasn’t that long ago, things weren’t going so well for Steve Pearce.

It appears that has changed.

Last Friday, manager Alex Cora provided a fairly discouraging update on the Boston Red Sox first baseman, noting Pearce was rehabbing in Ft. Myers and wasn’t “even close” to being back. But it seems that shortly after Cora made those comments, Pearce started trending in the right direction. Ahead of the Red Sox’s convincing win over the Tampa Bay Rays on Monday, Cora shared some much more encouraging news on the 36-year-old.

?Pearce is doing better, actually,? Cora told reporters, via MassLive. ?Swinging the bat. It seems like the last few days he kind of like turned a corner as far as physically.?

At the beginning of the month, president of baseball operations Dave Dombrowski indicated Pearce, who had been on the injured list since June 1, likely would be out at least a month longer. Friday’s update seemed to indicate it might be longer than that, however with Monday’s development, it’s unclear what the timetable is.

The 2018 World Series MVP hasn’t been great this season, hitting .180 with one home run in 89 at-bats. Meanwhile, his teammate, Mitch Moreland, is expected to be activated Tuesday. 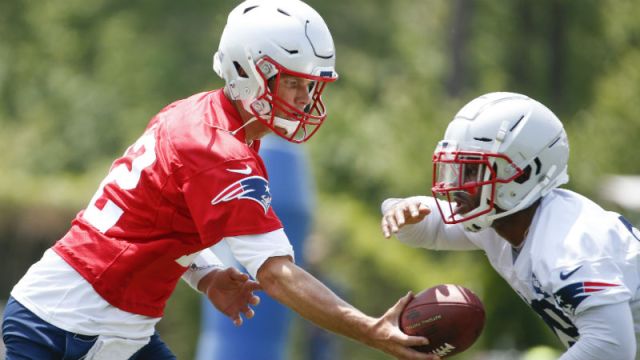 Alex Cora Had Joke For J.D. Martinez After Slugger’s Homer Vs. Rays