Patriots wide receivers and tight ends combined to drop at least five passes during 7-on-7 and 11-on-11 drills, and members of New England’s defense racked up 12 pass breakups across all competitive periods, including 10 by cornerbacks. Duron Harmon also hauled in an interception late in practice off a deflection by fellow safety Terrence Brooks.

It’s foolish to draw any broad conclusions based on one training camp session, but Wednesday’s nicely illustrated the issues facing this team, which boasts a potentially dominant D but an offense with several question marks following Rob Gronkowski’s retirement and a revamping of its receiving corps.

“We’ve got a very good defense this year,” quarterback Tom Brady said during his post-practice media scrum. “Those guys are challenging us every day. It’s hard to complete passes on our secondary — that’s just the reality. So it’s actually great work for our offense to see how we measure up against a very good defense. Days like today are frustrating for us, and we’ve got to learn from the corrections and try to come out and have a better day tomorrow.”

Of the 15 receivers and tight ends currently participating in Patriots training camp, only two have caught a pass from Brady in a game: Phillip Dorsett and Ben Watson, the latter of whom is facing a four-game PED suspension to start the season. With top target Julian Edelman sidelined with a broken thumb, Brady stressed the need for the newcomers to get with the program.

“There’s a lot of turnover every year, and you deal with that turnover,” Brady said. “There’s a lot of new guys trying to assimilate into what we’ve done here for a long time. It’s really up to them to get up to speed, and everyone here has got to help them get there.

“Between the coaches, the veteran players, the leaders, it’s our responsibility to get everyone on the same page and doing the right thing and trying to help us in whatever way we can to help us move the ball down the field and score some points.”

The most high-profile of those newcomers is first-round draft pick N’Keal Harry, who’s shown flashes of brilliance during his first NFL camp but has struggled with consistency. Wednesday’s practice encapsulated the young wideout’s uneven performance thus far, with his three drops from Brady in 11-on-11s — including one particularly egregious one on a shallow cross and another after he’d beaten star corner Stephon Gilmore down the sideline — overshadowing the two highlight-reel catches he pulled in.

Slot receiver Braxton Berrios and tight ends Watson and Matt LaCosse also dropped Brady passes during a 7-on-7 drill. LaCosse, who had one drop last week but otherwise has been solid in camp, is the current favorite to start in Gronkowski’s old spot in Week 1.

That roster battle is far from settled, however.

“(Gronkowski is) a great player, and to replace great players, it’s not like you just pick another one off the tight end tree,” Brady said. “You can’t just go out back. You’ve got to find guys that come in, want to put the work in, want to try to contribute, and between the guys we have out here now — which is Ben, Matt, Stephen, Ryan Izzo, Lance, who we just got — those guys are trying to do everything they can do. They’re all new players, so we’ve to figure out how to get used to (and) up to speed to what our expectations are and the level of competition on a daily basis.” 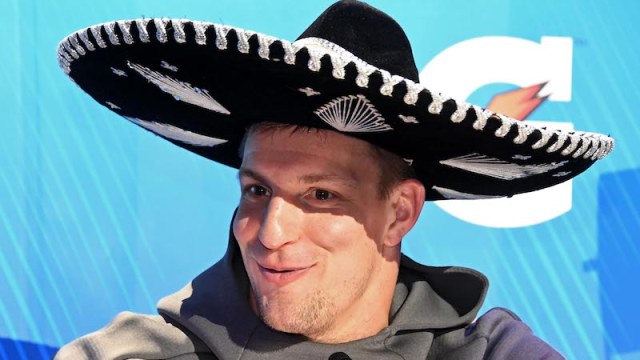 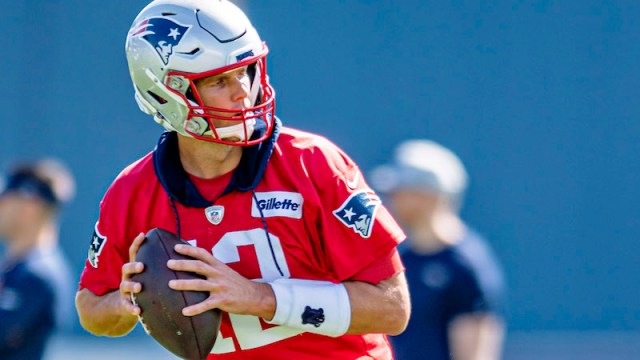