ALLEN PARK, Mich. — Shortly after the 2019 NFL Draft, the New England Patriots brought in 12 undrafted free agents. Based entirely on signing bonus alone, Andrew Beck was the most highly sought-after of the group.

Because Beck is guaranteed his $115,000 signing bonus, he was the favorite among the 12 UDFAs to make the 53-man roster. But that’s when it was assumed he was going to play tight end, which remains a position of uncertainty for the Patriots.

Beck, who played tight end and H-back in college at Texas, was moved to fullback in New England. Since he’s playing behind roster anchor James Develin, Beck has become something of a forgotten man this summer. But maybe he shouldn’t be.

Fullback is a key component in the Patriots’ offense. Only the San Francisco 49ers used a fullback more than the Patriots last season. Develin actually played more offensive snaps in 2018 (399) than running back Sony Michel (321).

To add to this, Patriots projected starting tight end Ben Watson is suspended the first four games of the season. It won’t exactly be difficult for the Patriots to trim players at tight end with Matt LaCosse, Stephen Anderson, Lance Kendricks and Ryan Izzo filling out the depth chart. Tight end almost certainly will be a position less featured in the Patriots’ offense since Rob Gronkowski’s retirement.

So, would the Patriots consider keeping two fullbacks and maybe just one or two tight ends on their roster at least until Watson is back in the fold?

It wouldn’t be overly redundant. Beck is considerably more athletic than Develin, who, despite his lack of speed, still set career highs in catches (12) and carries (six) last season. Beck ran an impressive 4.63-second 40-yard dash at 6-foot-3, 252 pounds in March. When Develin splits out from the fullback position to line up at wide receiver, it’s seen as something of a joke. If Beck did it, he would have to be considered a receiving threat. He caught 28 passes for 281 yards with four touchdowns last season with the Longhorns. He had 435 career receiving yards at Texas.

In a walk-through Wednesday during joint practices with the Detroit Lions, Beck even took a handoff out of the I-formation with fullback Jakob Johnson as the lead blocker.

The transition from tight end to fullback has been fairly simple for Beck.

“It’s a little bit of what I did, kind of schematically, in college,” Beck said. “So, fortunately for me, I’ve got a great guy to learn behind in James Develin. It’s been kind of an easy transition with it being a little bit of what I’ve done in the past and coming in and watching someone like James do it.”

Beck didn’t want to get into specifics, but he’s studied fullbacks in the past. It certainly wasn’t a position he was entirely unfamiliar with.

“There have been several throughout time on different teams,” Beck said. “I’ll steer clear of names to protect myself, but I’ve grown up watching the game. It’s kind of a position that I’ve idolized because of the physicality the position requires. That appeals to me.”

Many NFL fullbacks are moved over from defense to take on the lead-blocking role. Beck was an All-State linebacker at Plant High School in Tampa, Fla. So, he’s not too far removed from trying to fill gaps rather than lead a running back through them.

“Maybe it’s just the trait of the position,” Beck said.

It will be interesting to see how Beck is used in Thursday’s preseason opener against the Detroit Lions. Will he stay exclusively at fullback? Will he be featured in the passing game? Will he take a goal-line carry? We’ll find out. And Beck is eager to get on the field.

“I can’t explain how excited I am,” Beck said. “To get that first one out of the way and see how it goes and understand the flow of the game a little bit differently than in college. I’m really excited. The vets have been great. I know JD’s been awesome for me coaching me through the whole thing.” 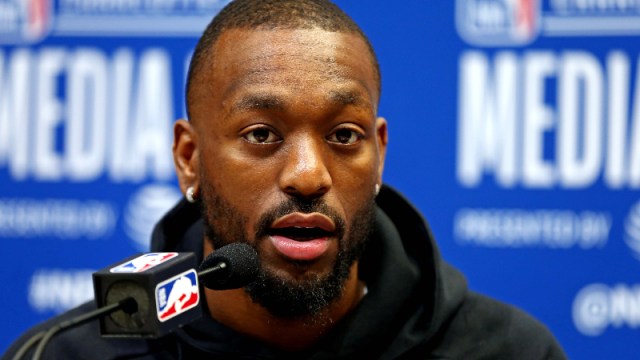 Eight Things We Learned From Patriots’ Joint Practices With Lions