FOXBORO, Mass. — Left with an army of NFL neophytes to throw to Thursday night, Tom Brady stuck with what worked: feeding the ball to old reliable Phillip Dorsett.

Dorsett, whose spot on the Patriots’ roster had become tenuous following the returns of Julian Edelman, Josh Gordon and Demaryius Thomas, served as a security blanket for Brady during the quarterback’s 2019 preseason debut.

During his quarter-and-a-half of action in the Patriots’ 10-3 win over the Carolina Panthers at Gillette Stadium, Brady was a perfect 5-for-5 when targeting Dorsett and 3-for-7 when targeting all other Patriots players, including an ugly 0-for-3 result on passes to breakout rookie Jakobi Meyers.

“Phillip is a guy that I?ve played a lot of football with, and I have a lot of trust in (him),” Brady said. “Experience is a great thing in football if you use it well, and I think our experience together pays off. I read his body language. I think the great thing about Phil, he takes advantage of his opportunities.”

Brady certainly enjoys having Dorsett on the field.

“A lot of guys have been injured this preseason,” the 42-year-old signal-caller said. “Phil plays all three wide receiver positions, remembers all the coaching points from all the times we?ve talked about certain things. Even though he may not have done it, he goes in there and does it the way that Coach wants it done. I love playing with Phil. He?s been a great contributor to our team, and he had a great night.”

The trust Brady has in Dorsett is perhaps the wideout’s greatest attribute. Though he finished the 2018 regular season with just 32 receptions for 290 yards and three touchdowns, he caught a team-high 76.2 percent of his targets, including a streak of 18 straight that stretch from Week 5 into the postseason.

Dorsett, who missed last week’s second preseason game with a hand/thumb injury, also caught two passes from rookie backup Jarrett Stidham on Thursday before sitting out the second half. He finished with seven catches on seven targets for 47 yards.

“Every game, every practice is an opportunity if you just be who you are and put your best foot forward,” Dorsett said. “That’s what I look forward to. I wake up every day trying to get better. I think of something I can do to get better. I’m always working on my weaknesses and my strengths.”

The Patriots will close out the preseason next Thursday night against the New York Giants at Gillette Stadium. 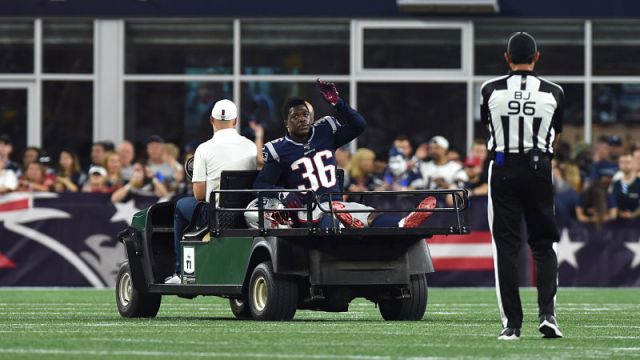 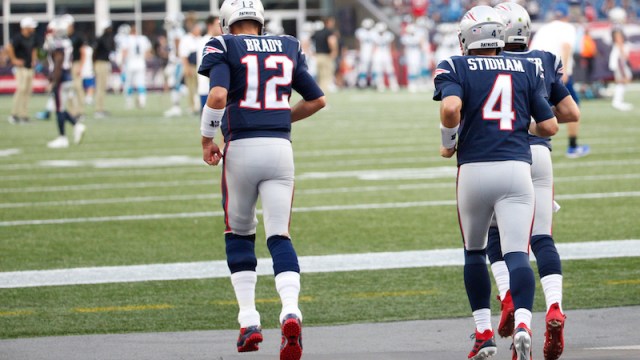