Quote starts with ?"I could be completely wrong, but since…?

Yes @E_Reid35 you are wrong! You know the work many of us including @MalcolmJenkins have done. No one entity owns this movement. We are all a continuation of the generations who fought before us. We need each other https://t.co/C154KIvD1X

On Thursday night, Watson, who’s a member of the Players Coalition, was knocked out of a preseason game after Reid leveled him with a late hit to the head.

Ben Watson leaves the field under his own power but did have his helmet taken from him. The late hit provided by Eric Reid. The two men not seeing eye to eye on Twitter this week fwiw. #Patriots pic.twitter.com/VKJK6X2U9e

So, was Reid’s hit intentional or personal?

“I didn’t even know he tweeted me,” Reid said. “That’s not even something you process in a game. I’m not analyzing who has the ball in their hand and what they tweeted at me while I’m playing the game.”

So, what was Reid trying to accomplish with the hit?

“Just trying to stop him from getting a first down,” Reid said. “I looked at the replay. Yeah, he was down. We’ll see what the league decides to do with it. I anticipate myself getting a fine. But I’m just playing the game.”

Reid and Watson had exchanged pleasantries during the game before that play. After Reid’s late hit, he stopped to talk to Watson and tried to help him onto his feet. Watson stayed sitting down on the turf for a few more moments and eventually was taken to the Patriots’ locker room. He didn’t return to the game.

“I just asked him if he was OK, if he could stand up,” Reid said. “You hate to see somebody get hurt.”

Reid was asked if he felt he needed to clear the air with Watson about what the tight end had said on Twitter.

“I haven’t seen what he said on Twitter,” Reid said. “Does air need to be cleared?”

“There’s a lot of people who don’t agree with a lot of the comments that I’ve made,” Reid said.

Watson wasn’t made available to speak after the game.

Patriots quarterback Tom Brady was asked about the play.

“I didn’t even see the play,” Brady said. 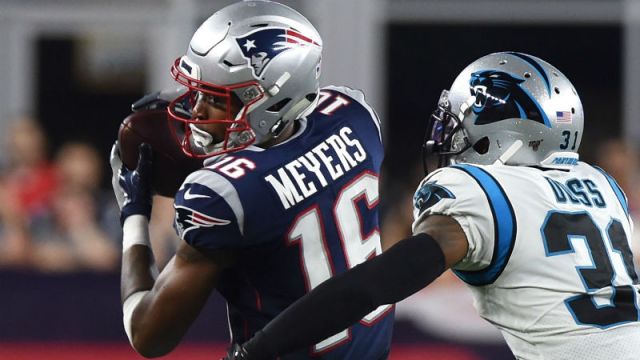 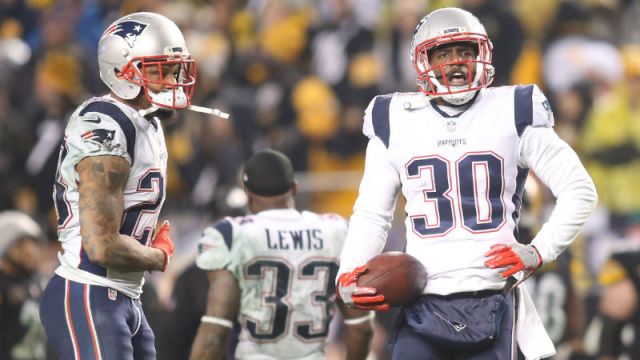