FOXBORO, Mass. — Out of every player on the New England Patriots’ 90-man roster, wide receiver Gunner Olszewski should be the biggest longshot.

He’s a rookie. He went to tiny Division II Bemidji State University. He played cornerback in college. He caught more baseballs than passes in college and high school. He measured in under 5-foot-10 and less than 180 pounds at his pro day, and he’s swimming in his oversized No. 72 jersey.

Yet, he doesn’t appear to be dead last in the Patriots’ pecking order of wide receivers. And that in itself is an accomplishment.

So, how did Olszewski spend his summer trying to make up for those shortcomings? At Gillette Stadium, for one.

“I was just working out here,” Olszewski said. “Learning how to run routes.”

He’d work with whoever would come through Gillette Stadium. He’d run routes against cornerbacks. He’d pick up tips from veteran receivers. And he knows he’s far from perfect seven days into his first training camp.

“It’s coming along,” Olszewski said. “It’s day-by-day. Get better tomorrow. Go in, watch the film right now to see what I messed up on today, fix that tomorrow. Tomorrow, mess up something else. I’ll fix that the next day.”

The Alvin, Texas, native hasn’t had a ton of success in 1-on-1 drills against cornerbacks over the last two days, but he’s taking everything as a learning experience. And his matchups aren’t exactly easy. The Patriots are loaded with defensive backs.

“I try to attack DBs the way that I used to hate receivers attacking me in college,” Olszewski said. “You take a little bit of that. But also just learning — getting open. That’s what I try to take from it. These guys are dang good out here, these DBs, so I think it’s the best practice we can get is to go against our guys.”

Olszewski also is returning punts in practice for the Patriots. He can lean on his baseball background there.

So, does he think about that while he’s doing it?

“I’m not a big thinker, to be honest with you,” Olszewski said. “I just play football. At the end of the day, it might be in the NFL, but it’s still just football.”

Olszewski has a better chance of making the practice squad than he does of cracking the Patriots’ 53-man roster out of training camp, but he’s a fun story to follow over the summer. 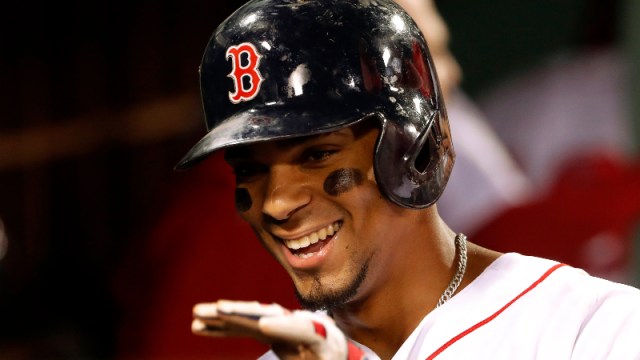